Police say Gosford forest parking is better but it's still not out of the woods just yet! 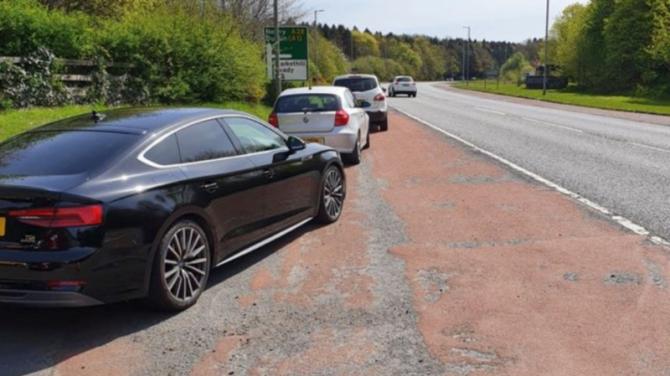 THERE has been a noted improvement in problematic parking outside two local public parks.

A community engagement meeting on Wednesday saw police asked for an update on the issue in relation to Gosford Forest Park and Loughgall.

At Gosford, close to Markethill, there have been ongoing issues with drivers parking along the hard shoulder.

And at Loughgall, locals claim they are being forced to put themselves in danger to step out on to the busy road as some have taken to pulling up on the footpaths, leaving their vehicles and setting off for the Country Park.

He remarked that additional cones at Gosford “seems to be dealing with” the issue outside the forest park.

But Councillor Nicholson asked: “What about Loughgall? I drove through Loughgall today and it seemed OK. Are there any more reports of people parking cars on the footpaths to go to the park or has that quietened down?”

Inspector Kieran Quinn confirmed that it had indeed “quietened quite a lot”.

“People seem to be parking more responsibly,” he added.

However, he confirmed, while improving, they were not out of the woods as far as the forest park was concerned.

“Gosford's the main issue,” he said, “with over 6,000 people going in there every weekend.

“I think we do see a fall in it, more compliance around it. It’s going in the right direction.”

A wire mesh has been placed in one of the fields which should allow for extra cars to be parked.