'Massive' drop in burglaries but drug seizures down too 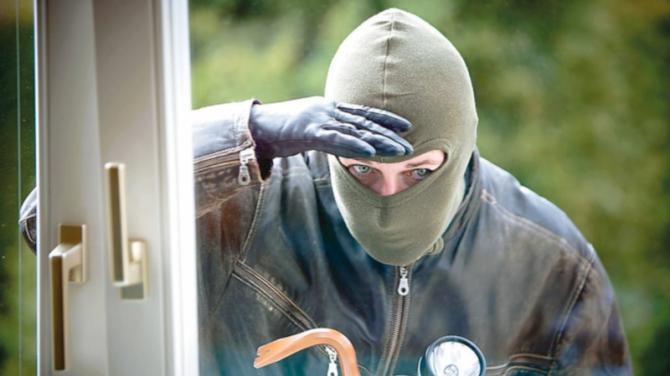 GENERAL crime and burglaries across the Armagh and Cusher area have witnessed significant drops of late with the current pandemic cited as one of the key reasons.

At the same time, however, the number of drug seizures and drug-related arrests have also declined, with those involved in the trade finding “more creative ways” to ensure users get their fix.

There has been praise too for the local community and the role which it has played in helping police by reporting suspected crime.

Details were outlined during the course of a community engagement meeting for the Armagh and Cusher areas, which was held online on Wednesday night.

Sergeant Kelly Moffett, who is based in Armagh, gave an outline of district policing priorities, providing details in relation to key areas with the most up-to-date figures available taking account up until the end of March.

The total crime for the area of Armagh and Cusher is down 12.5 per cent, which was hailed as “a really good figure”.

Said Sgt Moffett: “In terms of burglaries, which is something that everyone’s concerned about, especially with regards to over 60s and over 80s, this is down massively. The figure for burglary as a whole is down 47 per cent and for burglaries in residential properties of those over 60 that’s down 72 per cent.

“I do think that’s a lot to do with the current situation with Covid and more people being at home during the day and during the night. We all haven’t got very far.

“But I do think this is also reflective of our asking the general community to phone in suspicious vehicles, to note anyone that shouldn’t be coming up their laneway, to contact the local neighbourhood officer to say ‘someone was at my house the other day and I’m not too happy about it’. So all these working together has helped reduce those figures which is great to see.”

In terms of drugs, figures are posted on an annual basis, so the most recent available for presentation to Wednesday’s meeting covered the 12 months up until December 2020.

The majority of that time period covered the original lockdown and, once again, police believe Covid had an impact on operations.

In relation to seizures – that is seizures of any drugs in relation to stop and searches, warrant searches and the like – there had been 46 less than the last reporting period to the year 2019.

And in relation to drug-related arrests this was down 26

“Again I think that is due to Covid,” admitted Sgt Moffett. “Things aren’t moving as easy as they should do. People are not meeting up, aren’t having the same social gatherings.

“Therefore drugs are not as much in circulation as they have been in the last two years. This doesn’t means it’s not going on. It certainly is and it’s still something that’s one of our district priorities and something that we’re keen to address.”

However, what officers have found is that the number of ‘interceptions’ during this period has risen.

Explained Sgt Moffett: “Interceptions are where people try to buy drugs from another country and are intercepted at Border Control either in Belfast or over in England. We get notified that this person has tried to buy drugs and then therefore we look at the information and we arrange warrant searches to deal with that matter. I have seen an increase in that.

“I do have a number sitting waiting to be actioned, therefore they will be in the pipeline. So, as said, your day-to-day activity with drugs is down, however, they are just finding more creative ways in order to get the drugs to them.

“That is something that we’re looking at, that we will be actioning and that we have actioned in the past.”

In terms of ongoing issues within the Armagh and Cusher area, the officer confirmed: “We have a few drugs searches that we have been able to carry out and these resulted in cannabis and cash being seized and investigations are ongoing into them.”

Local Ulster Unionist Councillor Sam Nicholson was among those to take part in the mid-week meeting and he praised the actions of the local PSNI teams and the results which have been achieved.

“The figures are great,” he said. “They are very, very welcome.”