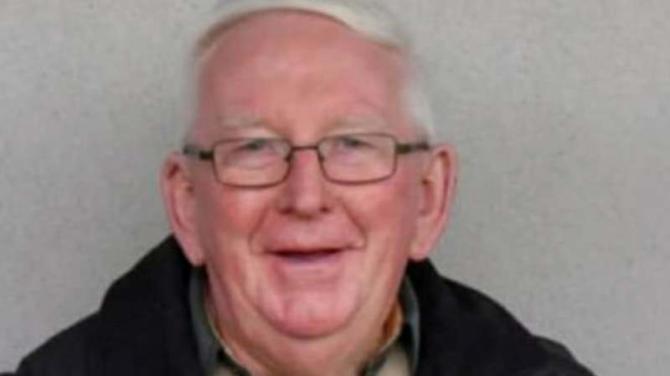 SHANNON Stewart, who was a popular pharmacist on Armagh's Scotch Street, has been laid to rest.

Mr Stewart, who was 85, died at his home on Monday, with his funeral taking place on Thursday at Ballylane Reformed Presbyterian Church.

A death notice said that Mr Stewart was the “beloved husband of Florence, dearly loved father of Alison, Stephen and Michael, a dear father-in-law and a devoted grandfather”.

Pastor Robert Robb told mourners that Mr Stewart was the third of five children born to Samuel and Mattie Stewart.

He was educated at Lisdrumcore Primary School and Newry High School before going on to Belfast Technical College where he studied pharmacy. After graduating he worked with Mr Ewart in Ewart's Pharmacy in Scotch Street, Armagh.

Eventually he would take over the pharmacy, running it for over 40 years, during which time he got to know many of the people of Armagh and he of course became a well known figure in the town.

Shannon was ordained and installed as an elder of Ballylane Reformed Presbyterian Church on November 8, 1963.

Pastor Robb said Mr Stewart “was still in harness, so to speak, right up until his death on Monday”.

He added, “In fact he was preparing to go to a meeting of session when he collapsed and died.

“As an elder he brought spiritual discernment, wisdom, practical insight and great balance to session discussions and decisions. He also served the wider church on various committees over the years both at Presbytery level and also in our Synod.”

The pastor added that Mr Stewart and his wife Florence, who he married in 1967 “have demonstrated selfless, open-handed generosity to the work of God's kingdom both within the RP Church and beyond it.

“They have been extremely generous in their practical support of new works within our denomination, of various committees including committees Shannon himself served on such as the Relief Committee.

“They have helped congregations who have had to undertake refurbishment or who have been seeking to purchase a new manse for their minister. They have supported foreign missions working in numerous countries of the world. And all such support that they have given has been done very quietly and discreetly. I'll probably get told off for even mentioning this today.”

Pastor Robb recounted meeting Mr Stewart over 30 years ago while he was a student at Theological College when he came to preach in Ballenon and Ballylane and went to his home for lunch.

“Our paths crossed numerous times over the years and when I received a call to become the minister of B&B back in 2018, knowing that there was a man of the spiritual calibre of Shannon on the Session, was a considerable factor in my decision to accept the call,” the pastor said.

“Shannon and Florence have always been exemplary in their commitment to and support of the work of the congregation. Apart from holidays or illness it was rare for Shannon and Florence and their family not to be at public worship each Lord's day and at the Midweek Bible study.

“Their faithfulness in this respect has been a tremendous encouragement to me and an example and a challenge to many Christians half their age. Shannon will be sorely missed by his fellow believers in Ballenon and Ballylane.”

Mr Stewart was also a keen golfer and a member of County Armagh Golf Club.

“He was also mad keen on football,” added Pastor Robb.

“An ardent follower of Armagh City, he went regularly to see them play, as indeed he did when it came to Northern Ireland.

“He would try to be at every home game at Windsor Park and even travelled all over the world to watch them play away matches. I soon leant that if I was wanting to arrange a session meeting I had to make sure it was not a night when NI were playing otherwise the session meeting would have to be re-arranged.”

Pastor Robb concluded, “All of us, those who have known him for many years and those who knew him for only a few, have particular special memories of this lovely man of God and those memories will I am sure cause us to thank God for causing our lives to cross this man's life and be touched and so wonderfully blessed by him.”