A year like no other for outgoing Mayor Kevin 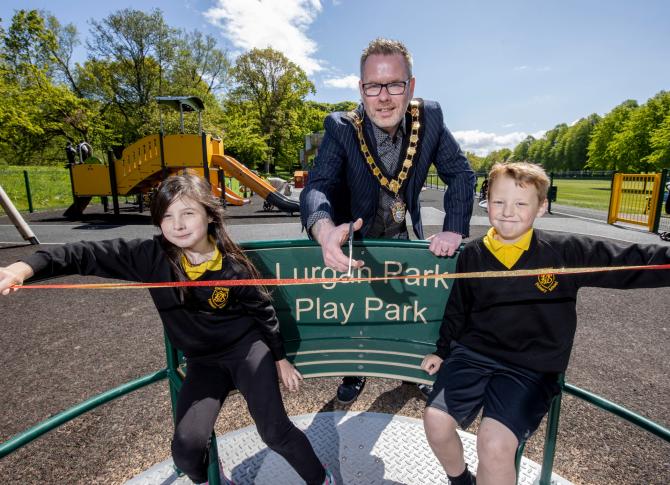 Outgoing Lord Mayor of Armagh City, Banbridge and Craigavon, Cllr Kevin Savage, will look back on his year in office with fond memories.

However, it was also a year that had it's challenges. He highlighted that due to the pandemic, he believed his term in office was different to any others that had held the role before him.

The chance to highlight achievements or celebrate significant anniversaries from groups across the borough was also taken away.

“The role has changed drastically this year due to COVID,” he said.

“I didn’t even have any civic receptions where you would usually acknowledge the success across the borough or celebrate with groups that may have had significant anniversaries, that was hard.

“The whole borough has missed out on lots of different events this past year too, for example we missed out on our St Patrick's Day festivities. They were able to go online but still they were curtailed.

“Nothing was the same or normal, it’s just not what we are used to.”

Kevin came into his role just after the pandemic had really taken its grip on Northern Ireland.

With the infection and death rate high in the borough, some members of the community were really feeling the effects of lockdown. With many housebound and shielding.

Unable to go out and buy basic supplies, people in sections across the borough became isolated but Kevin was thankful to have the chance to be on the ground with those helping provide support for those who needed it.

“Last year with everything going on there wasn’t really a meeting held between March and May and this was because we didn’t know what was happening with the COVID situation. It was early days and a shock to us all,” he said.

“I was able to out to different groups during the pandemic, obviously abiding by all COVID legislations, to see how they were getting on and offer any support.

“Basically, I was trying to make myself visible and support the groups on the ground as best I could.

“I did this across the whole borough but again it was hard with the circumstances that we were in.”

During the year tough decisions had to be made on issues that affected everyone’s lives including those of councillors.

Kevin praised the councils “collective approach” to tackling the pandemic in the borough.

“To be fair to the council and the councillors we had a very collective approach to the pandemic in getting things done,” he said.

“We worked extremely well because we all had an issue that affected us and that was our priority and all the parties worked as best as they could.

“I think the priority of the year was definitely to get through the pandemic as best we could.

“Every councillor wants what is best for their citizens.”

Kevin looks back on his term with pride, recalling how he was able to help raise funds for Macmillan Cancer Support.

“On a personal level guiding the council in my role through the pandemic it is something I will look back on with fond memories, especially being able to help raise £15,000 for Macmillan Cancer support,” he said.

“I was really glad my colleges had the confidence in my abilities to perform in the role but anyone who asked to be the first citizen of their area is a fantastic achievement.

“I have really enjoyed my time in my position, it was a real honour and privilege to be Lord Mayor.”

Kevin made history last year as being the first councillor from the Banbridge DEA to be Lord Mayor of the 'new' council. On Tuesday it was announced that the Ulster Unionist Party’s Alderman Glenn Barr, also a Banbridge councillor, would be taking the chains of office.

Kevin message to the new Lord Mayor is to “enjoy” his new role and praised the “sense of community” that the borough possesses.

“My message is simple, enjoy this role - it's something that you will only do once in your lifetime,” he said.

“It’s a great opportunity to get out and see the whole of the borough and see our real sense of community.

“It is that sense of community that I will take away from this year and remember people’s desire to help others.”