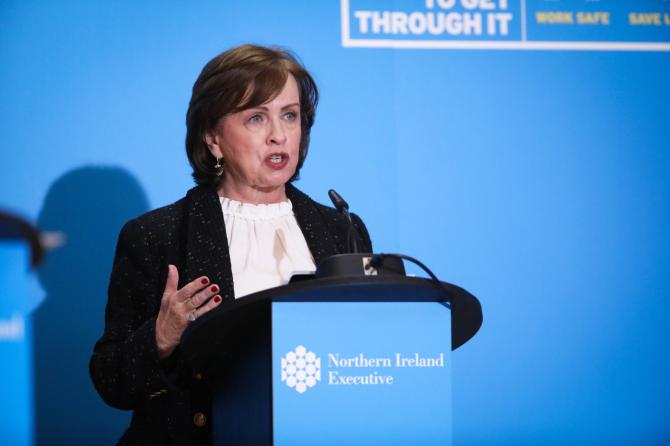 Upper Bann MLA, Diane Dodds, is to be replaced as Economy Minister, the DUP has confirmed.

It's one of a host of ministerial changes being made at Stormont following the appointment of Edwin Poots as leader.

Paul Frew will replace Mrs Dodds, while Michelle McIlveen is to be the new Education Minister, replacing Peter Weir.

There will also be changes in the Executive Office, where Gary Middleton is to be the new junior Minister.

Meanwhile there is a new role for another Upper Bann MLA, Jonathan Buckley. He will be the new chair of Stormont's Infrastructure Committee.

The new First Minister said there was a "huge responsibility that comes with the position".

"We have a huge task when it comes to tackling our waiting lists and we need to get to work," said Mr Givan.

"What we now need is an effective transition that needs to take place next week so that we have that smooth delivery of governance."