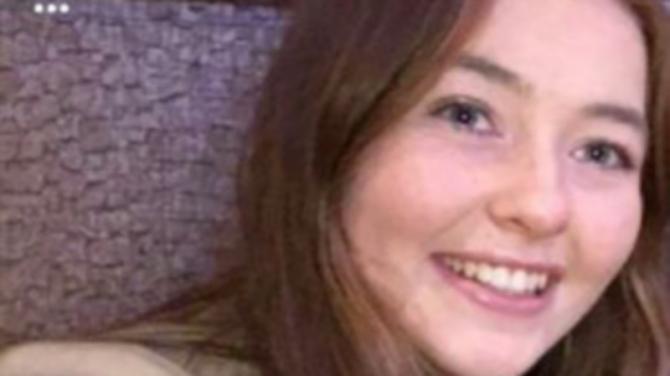 A NUMBER of witnesses have come forward with significant information around the Katie Simpson murder investigation, a remand hearing has been told.

The talented Armagh showjumper was initially said to have been discovered hanging by her sister's partner in the home she shared with them, their children and another female.

Police have since heard claims of a conversation which allegedly took place in a car between Jonathan Creswell and three other people, after meeting up at the hospital Katie was taken to. In the process of this, it is claimed Creswell announced he would say injuries on her body were caused by a horse trampling her the previous day.

Another witness has told police Creswell disclosed he had assaulted Katie the night before, because she told him a lie.

Aged 33 and from Briar Hill Gardens, Greysteel, Creswell is charged with murdering Katie on 3 August 2020, after discovering she spent the night with a boyfriend.

She died aged 21, just under a week after Creswell claims he rescued her from a suicide attempt.

Tramline injuries on her arms and legs were found to be “consistent with being struck with a rod-type implement.”

It would be seven months before Creswell was arrested, despite concerns being repeatedly raised with police, who remained satisfied death was as a result of suicide.

During interview, Creswell claimed to have left his children with a relative and on returning home while talking on the phone to a friend, found Katie hanging.

He instructed the friend to call an ambulance, insisting it came, not to the house but to a specific road. Katie was placed, unconscious, into her own car and driven by Creswell to meet paramedics.

A treating consultant later remarked having “never encountered someone putting a person into a car, unconscious and not breathing.”

Katie was admitted to intensive care, but passed away in the early hours of August 9, 2020.

Creswell has remained in custody since his arrest, and while initially refused bail, it was later granted at High Court.

This faltered however when those willing to offer an address and cash sureties withdrew.

He explained on leaving Katie to the ambulance, Creswell was told to drive to the hospital. Instead he returned to the house, stripped off his clothes and took a cold shower, aware police would be arriving soon.

A witness claims he instructed her to place his clothes in a bag and if anyone asked what it contained, she was to say horse clippers.

They travelled to the hospital and met up with two others. All four sat in a car where Creswell became upset and asked: “Do you think I did it?”

Detective Brannigan told the court the current understanding is: “One said yes, while the other two said, no.”

Creswell allegedly told them he intended to say Katie’s injuries “were caused by being trampled by a horse the previous day”.

He would later give this explanation to medical staff trying to assess Katie’s condition.

Another witness has advised police Creswell made contact after leaving Katie to the ambulance, outlining what had occurred.

When the witness asked what he had done, Creswell reportedly replied: “I didn’t do anything. I only hit her last night because she told me a lie.”

Detective Brannigan said: “He admitted to this witness that he assaulted Katie the previous night. The clothes removed from the house were taken to an external launderette at a garage and washed by an individual and another person.”

Police subsequently arrested a woman last week in relation to assisting offenders, attempting to pervert the course of justice and withholding information.

She was released on bail “because other significant enquiries need to take place, which I don’t want to go into at this point,” said the detective.

“We anticipate having all enquiries surrounding these events dealt with for that individual returning on bail in July.”

Under defence cross-examination the detective confirmed the new witnesses: “Have all been either statemented or arrested in connection with this, at the moment.”

Asked if more statements are to be taken from other witnesses, Detective Brannigan replied: “We will be carrying out enquiries. I don’t want to say when or who we will be speaking to, nor what category they will be placed in.”

Creswell, who appeared from custody by video-link, repeatedly shook his head as the detective detailed the new information to the court.

Describing the case as “very serious” District Judge Steven Keown granted an adjournment until next month while police enquiries continue.