United we stand... to get married! 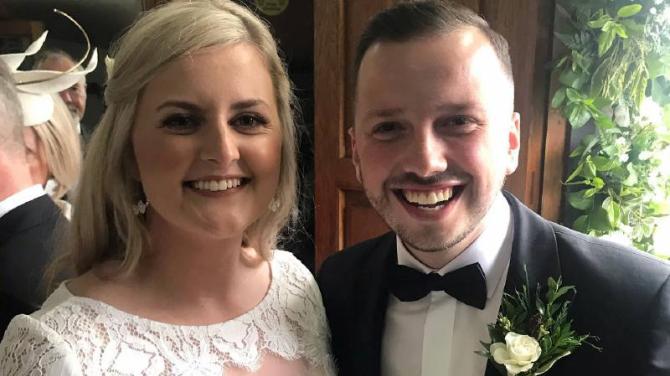 WITH Unionism currently in a state of flux, any possibility of a DUP/UUP liaison obviously would be headline-grabbing news.

But last week's coming together of the two major pro-Union ‘families’ had nothing to do with the possibility of any future political alliance, albeit that their meeting in Banbridge Road Presbyterian Chuch, Dromore, Co Down certainly went smoothly.

Thursday was a case of two families from either side of Unionism's schism standing united - for the wedding of Laura, daughter of the new Democratic Unioniust Party leader, Sir Jeffrey Donaldson, and Philip, son of Danny Kennedy, chairman of the Ulster Unionist Party.

It had nothing to do with any possible future political alliance.

Instead, it was simply the union of two very-much-in-love young people rather than some shrewd, Machiavellian political manoeuvre.

The UUP chair confirmed, “We had a wonderful day on Thursday to celebrate the marriage and obviously everybody who was there wishes them every blessing. I had nothing to do with politucs, other than the fact that Philip and Laura come from two political families.”

The wedding had been postponed twice due to the pandemic and when it finally went ahead, it was in accordance with the on-going restrictions.

Explaining how the couple had met, Mr Kennedy said, “They have known each other since they were children, as Karen and I would have been friendly with Eleanor and Jeffrey, so there were home visits when Philip and Laura were children.

“But it was when Philip went to work in Banbridge Road Presbyterian Church as a youth worker that they met up again as Laura and the family worship there, so that's how their paths crossed again.

“They're both very strong Christians. Philip is a full-time youth worker in the Banbridge Road congregation and Laura is a midwife in the Royal Victoria Hospital.

“We had a really lovely day and while the weather wasn't perfect, that didn't spoil the occasion. Obviously there was a bit of political banter in the speeches, but it was all good-natured so it went down very well.”

Sir Jeffrey said, “I couldn’t be a happier father because Philip is a great guy and I have every confidence that Laura and he will have a very happy life together.”

And confirming his friendship with the UUP chair, the DUP's new leader added, “Danny and I have known each other for years and have remained friends for all of that time. I’m thrilled that our two families are now united through this marriage.”

“Today is not about politics, it’s about love, it’s about two people who care deeply for each other and want to spend the rest of their lives together and that's what we’re celebrating today.”