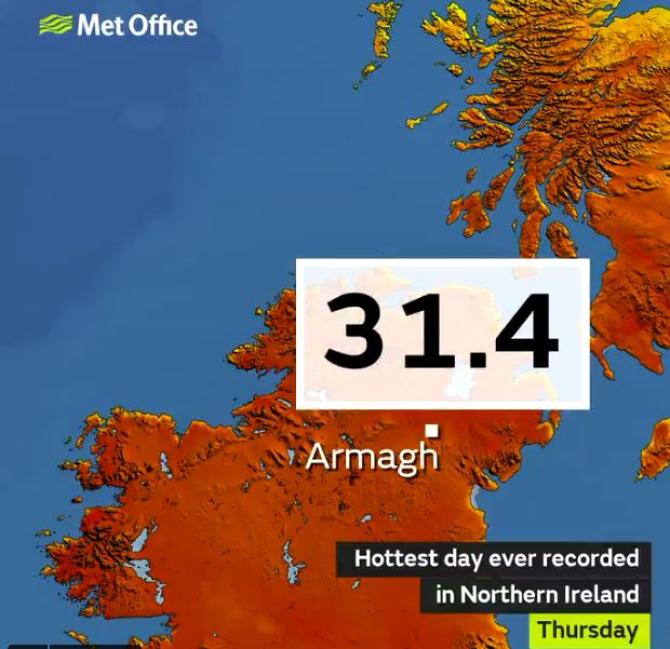 Armagh has set the record for the hottest day in Northern Ireland!

The Met Office says temperatures soared to 31.4 degrees Celsius at 3.20pm, beating the 31.2°C that Ballywatticock recorded on Saturday and the 31.3°C that Castlederg recorded yesterday.

Earlier today, the city's Observatory and Plantarium, which has been recording weather for 227, said that the hottest day in Armagh had been recorded on Tuesday with temperatures hitting 30.5°C.

Speaking about their own weather readings, Prof. Michael Burton from Armagh Observatory and Planetarium said: “While no single temperature measurement or weather event can be attributed to the effects of climate change, the hottest temperature ever recorded in Armagh on Wednesday 21st July is consistent with the long-term trend of rising temperatures that is seen in the Armagh Observatory data set, that stretches back to the late 18th century.

"Seven of the 10 highest daily temperatures ever measured in Armagh over that long period have occurred over just the past 15 years.”

All eyes will be on the Observatory to see what their readings say!