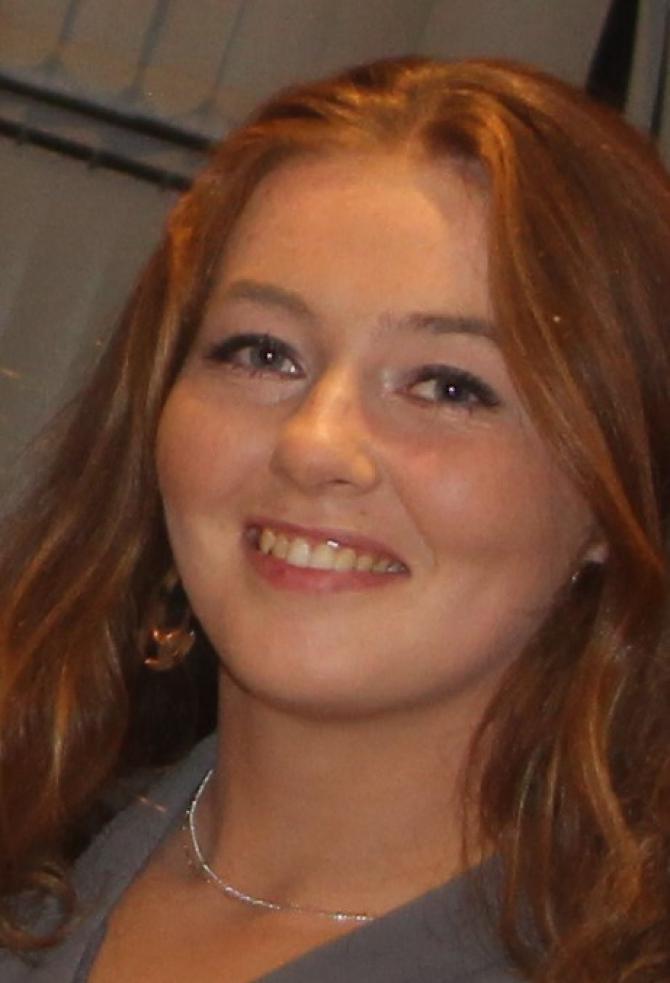 A woman has been arrested in England by police investigating the murder of Katie Simpson, a year to the day since she was allegedly rescued from a suicide attempt.

The talented twenty-one-year-old showjumper from Middletown, County Armagh died in hospital just under a week after being allegedly found by her sister’s partner Jonathan Creswell, in the home she shared with them and another woman.

Aged 33 and formerly from Briar Hill Gardens, Greysteel, Creswell has been charged with murdering Katie on 3 August 2020, after discovering she spent the night with a boyfriend.

He told a witness to call an ambulance but instructed it should go to a named road and not the house.

Katie was placed, unconscious and not breathing, into her own car by Creswell who then drove to where the ambulance was ordered to be and handed her over to paramedics. He was told by police to travel on to the hospital, but instead, despite being warned not to, returned to the house.

The initial investigation is being probed by the Police Ombudsman after numerous reports of suspicions around Katie’s death were not addressed, as a decision of suicide appeared to have been made.

He was remanded in custody for a time but has since been released on bail by the High Court to an address which cannot be disclosed.

A 39-year-old woman was arrested in the Omagh area in May on suspicion of assisting offenders, attempting to pervert the course of justice and withholding information. She has since been released on bail pending further enquiries.

A third person has also been interviewed under caution for the same offences.

Today (Tuesday) and a police spokesperson confirmed: "Detectives from Police Service of Northern Ireland’s Major Investigation Team investigating the murder of Katie Simpson have arrested a 20 year old woman in England today, Tuesday, 3 August. She will be conveyed to Northern Ireland for questioning."

Detective Inspector Mark Gibson said: “We continue to investigate the circumstances surrounding the murder of 21 year old Katie who died at Altnagelvin Hospital on 9 August 2020, following an incident at an address in Gortnessy Meadows, Derry/Londonderry on 3 August 2020.

“I am asking you today, if you have any information that could assist us with our investigation, no matter how insignificant you may think it is, please contact police. Your information could be that vital piece we need to bring those responsible for Katie’s death to justice.

These arrests came on the back of new evidence after a witness came forward to police with "significant information. It is claimed the witness met Creswell when he returned to the house, where he immediately stripped off his clothes and took a cold shower, aware steam from hot water could alert forensic officers who were on their way.

He instructed the witness to place his clothes in a bag and if anyone asked what it contained, she was to say horse clippers.

Creswell also allegedly instructed the witness to “clean blood off a banister” which she did.

They then travelled to Altnagelvin Hospital where Katie was in intensive care and met up with two others.

While all four sat in a car, Creswell became upset and asked: “Do you think I did it?”

Creswell told them he would explain the injuries on Katie’s body to medical staff as caused by a horse trampling her the previous day, which he proceeded to do.

Another witness has informed police Creswell contacted them after leaving Katie to the ambulance, as he was driving back to the house.

Asked what he’d done, Creswell replied: “I didn’t do anything. I only hit her last night because she told me a lie.”

Meanwhile the bag of clothes were given to another witness, who washed them at an external laundrette in Fintona, claiming to have been “unaware of the significance.”

The tramline injuries found On Katie’s arms and legs were later described by a pathologist as: “Consistent with being struck by a rod-type implement.”

Creswell’s partner has told police he confessed to beating her sister the night before she was allegedly found hanging.