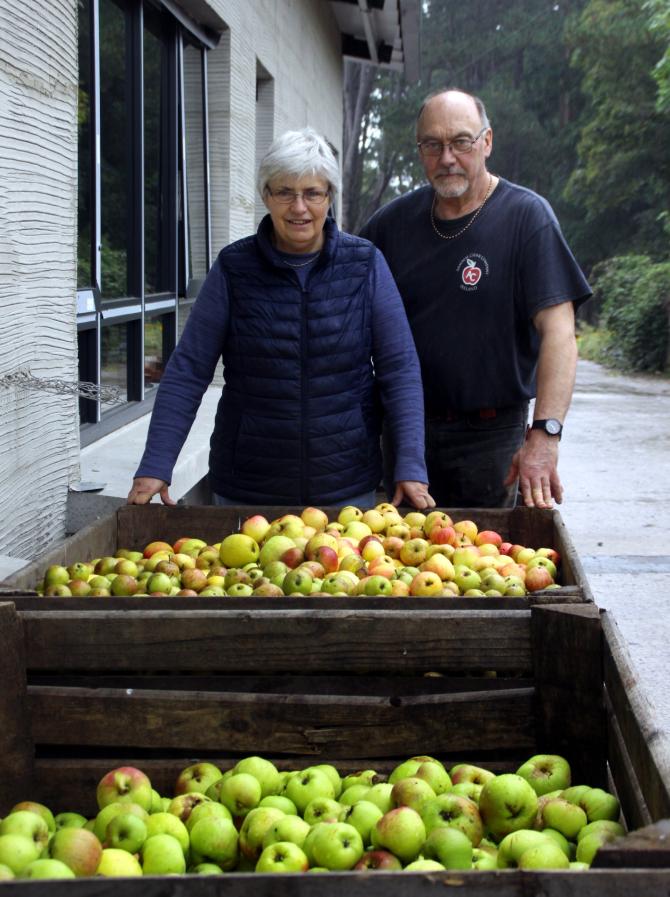 A COMBINATION of this season's poor crop and a post-Brexit shortage of pickers and drivers has led one long-established Co Armagh Bramley growers to conclude that cutting back on that particular apple is his best option.

Philip Troughton, who is now into his late 60s, is the fifth generation of his family to have spent a lifetime growing the world-famous Armagh 'cooker.

Currrently he and his wife, Helen, farm 80 acres at Ballinteggart, between Armagh and Portadown where they have 10.000 trees on which grow 34 varieties of apple. Another aspect of their work is the production of a much-acclaimed, multi-award-winning cider.

But this year's spring frosts in tandem with the swathe of still-emerging post-Brexit problems have forced him to reassess.

Speaking exclusively to the Gazette he revealed, “There's around 3,200 acres of orchard in Co Armagh which normally would yield about 35,000 tons.

“This year, at the very best, I'd say the Bramley crop is a half that - probably less.”

More in this week's Ulster Gazette, on sale now.