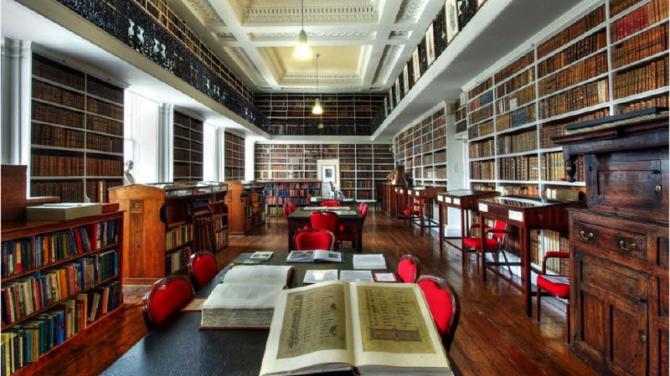 WITH Armagh City, Banbridge and Craigavon Borough Council's submission to become the UK's 'City of Culture' 2025 having made the initial cut, successful completion of the application is now the goal.

The initial 25 applicants have been trimmed to eight, the others being an English quintet - Bradford, Cornwall, County Durham, Derby and Southampton – plus Stirling (Scotland) and Wrexham County Borough (Wales).

Like ABC, County Durham and Wrexham County Borough are districts incorporating a city.

Success or failure will hinge on being able to persuade the judges of the viability of the plans “to level up access to culture and ensure a legacy for future generations to enjoy”.

The fact that the ABC Council certainly can name-drop will not do its cause any harm. Currently Armagh can boast world-famous mathematician, biotheist and moral philosopher Professor John Lennox, acclaimed playwright and screenwriter Darragh Carville (pictured right), and actor Colin Morgan among its noted sons.

The involvement of renowned English composer and conductor, John Rutter, in the now-annual Charles Wood Festival of Music and Summer School offers further proof of Armagh's pedigree when it comes to Church music.

Portadown can point to author Michael Bloch QC, poetry's Professor Sinéad Morrissey and rock musician Les Binks as locals to have excelled in their chosen fields.

To this vast array of talents can be added the sporting achievements of rugby's Best brothers, Simon and Rory, whose CVs include both having captained Ulster and Ireland – in the case of the latter, to unprecedented heights.

A persuasive argument, then, can then be built on the ABC area's impressively solid cultural and sporting foundations.

LITERATURE: In Ireland, Armagh's famed Robinson Library's (pictured below) collection of books and manuscripts is surpassed only by that of Trinity College, Dublin. Oliver Swift's name is synonymous with Co Armagh. Today's best-known writers include Stuart Neville and Michael Hughes. In addition, there are a number of new, recently-published authors coming through in the ABC area.

FILM: There are four cinema complexes in the ABC District – Armagh, Craigavon and Banbridge which has two. This week (October 20) the Marketplace Theatre hosts the premiere of 'Rian', the short film on which 20 local young people worked alongside professionals as part of Cinemagic whose Chief Executive is Armagh-born-and-educated Joan Burley-Keatings. 'Rian' weas fimed in Armagh and Gosford Forest. That's compelling evidence of 'local' interest and participation in film-making.

DANCING: This is a hotbed for dance, with Irish and ballet classes alike being well supported, as are all the untutored, night-out forms.

STORYTELLING: Need we say more than 'The Bard of Armagh'? Storytelling is as old as time itself, dating from the days before books when the only means of informing, educating or simply entertaining others was via the spoken word.

CUISINE: With our appreciation of good food having grown exponentially in recent times, so too have the numbers now working to satisfy that unprecedented demand. The availability of previously unavailable meats, vegetables and fruits has seen our palates become more sophisticated – a fact reflected in the standards now expected and demanded.

In tandem with our new-found enjoyment of cuisine has come a desire to learn more about its production. Ditto good drink! Not in centuries has locally-made cider been more plentiful - and never before has it been of the current quality. We've come a lonmg way since scrumpy. Nor has brewing local beers ever been more popular.

FINE ARTS: Creative, visual art, the products of which are designed specifically to be appreciated primarily or solely for their imaginative, aesthetic, or intellectual content, is another field in which this region excels. Painters, potters, jewellery-makers and design artists are plentiful in this part of the country, so another big tick in that box.

SPORT: This is as a sometimes overooked aspect of 'cultural' life. And with gaelic games offering variety other parts of the UK do not, the GAA's off-field ingredients opffer a key part in community life where it is played.

Elsewhere, sports like golf and bowling offer many of the borough's older residents a chance o continue participating, while other codes like football, rugby, hockey and GAA draw tots who then continue playinng into their teens, 20s, 30s and 40s. Armagh also has a thriving athletics' club, including a specific section for 'veterans'. And angling is another never-too-old sport, with the ABC area awash with good fishing waters.