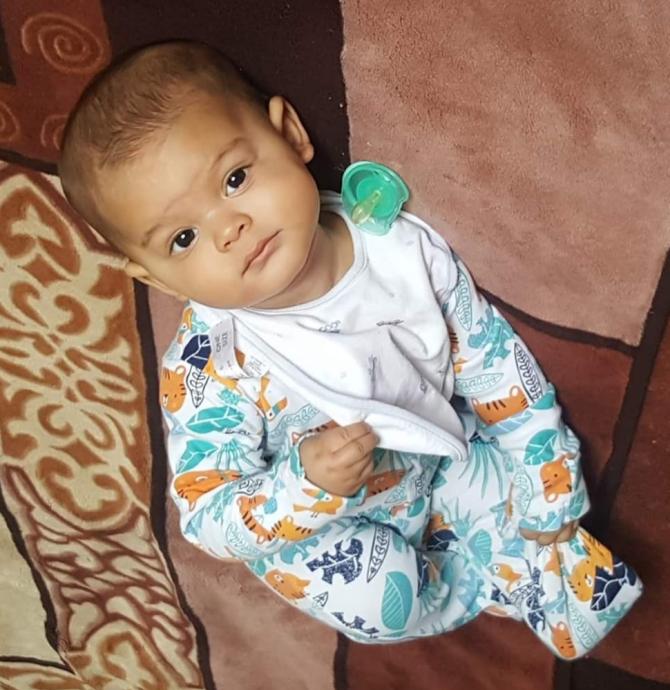 The trial of a man described as “a father figure” to a County Armagh baby boy he is accused of murdering, has been delayed due to concerns around current Covid-19 statistics.

Sharyar Ali (33) of Westenra Terrace, Monaghan is accused of murdering Hunter Patrick McGleenon on a date between 24 and 27 of November 2019.

He is further accused of assaulting the 11-month-old causing actual bodily harm at some point prior to his death.

Ali has remained in custody since his arrest after a number of unsuccessful bail applications.

His trial was scheduled to begin at Newry Crown Court today before Mr Justice McFarland however prosecution counsel raised concerns.

He explained the trial will take up to seven weeks and the current Covid-19 projections point to a peak next month.

It was stressed if the trial begins now it may well have to be abandoned, which would be extremely difficult for the victim’s family.

Under the circumstances Judge McFarland decided to postpone the trial.

A new date will be fixed in due course.

When first arrested Detective Sergeant James Brannigan told the court Ali had been in a relationship with the child’s mother for around a year, residing with her in Keady, despite being married to a businesswoman in Manchester.

She owns a phone shop in Monaghan where he worked.

On the morning of 26 November 2019 an ambulance was called as Hunter wasn’t breathing.

He was taken to hospital but pronounced dead.

As Hunter was in Ali’s care since the previous evening,, was arrested.

During interview, he claimed the baby woke around 6am and at some point, fell onto a concrete floor striking is head. Ali claimed he gave the child CPR then placed him in a cold shower which, “seemed to revive him”. He put the child back in his cot, then returned to bed himself, sleeping until woken around 9.30am by a parcel delivery.

Ali claimed to have looked in on Hunter and saw his lips were blue.

Hunter’s mother had spent the night keeping a bedside vigil with her grandmother, a short distance away.

Ali drove Hunter there, informing the mother he wasn’t breathing properly. She rushed out to the car and found the child “cold to the touch”.

Police enquires established while Ali was in charge of Hunter, he had driven to a Dundalk casino remaining for over two hours, while the child was left alone in the car.

Later, he drove to Monaghan to collect post allegedly leaving Hunter alone in the house.

Throughout the course of multiple interviews Ali gave conflicting accounts of his movements.

Questions were also raised over his  marriage, despite being in a relationship with Hunter’s mother for around a year.

During an unsuccessful bail application, defence lawyers contended Ali  could be released to his wife’s address in Oldham, but when police checked this out it comprised of a flat above a shop, protected by a steel door.

No-one was present and the wife had not been seen there for eight months.

There were queries around whether Ali had taken part in a  sham marriage “for immigration purposes” as it was disclosed he is facing deportation proceedings in the Republic of Ireland and does not have permission to remain in the UK.