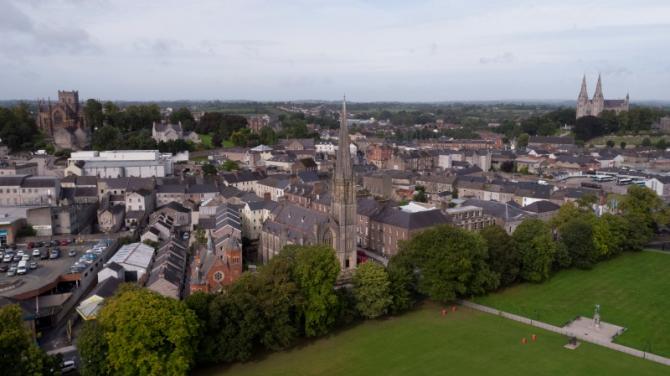 ARMAGH the best place in the UK to bring up a family - and that’s official.

We always want what’s best for our little ones; a healthy lifestyle, a good school, and a good area to grow up in. Raising a family is exciting, but where are the best cities to do so?

New data reveals the best place to raise a family in the UK. By researching a variety of factors that impact family life, the research establishes where babies will truly thrive. Each UK city was analysed for these factors:

* The number of primary schools to enjoy a fun education

* The number of parks to play and run around in

* The number of hospitals to offer care and support

And when all those factors were ta\ken into consideration the survey placed Armagh City at the top of the list.

It racked up a score of 100 points - leaving the rest of the UK in the shade.

Armagh has the highest number of primary schools per capita, meaning that your children will get the valued education that they deserve.

The city also has the second-highest number of hospitals for its population size.

Together, all factors give Armagh the top family city score of 100. If you’re looking to start a family and relocate, Armagh might just be the place to do it.

In second place came the pictureseu Well in Somercet, the smallest city in England. It scored 80.8 on the survey.

In fifth place was Chichester, which has more parks per capita than any other UK city It achieved a family city score of 68.1.