Mum who campaigned for justice passes away 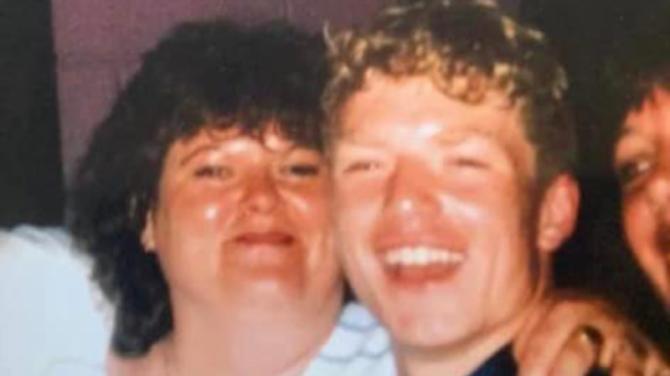 THE mother of a Keady youngster murdered by the UVF in 1994 has passed away.

Maria McShane has been a long time campaigner seeking her son Gavin’s killers to be brought to justice.

Her passing was announced on the Justice for Gavin McShane Facebook page on Monday night (April 25), which said, “We are saddened to announce that Maria McShane passed away this evening.

“Maria was a tireless advocate for truth and justice into the murder of her son Gavin.

“They are both now together. Maria was an inspiration to many families who embarked upon that lonely journey.

“Condolences to Matt, Caionn, Alana and their families.”

Tribute was also paid on The Relatives for Justice Facebook page, “Tonight we learned of the passing of Maria McShane.

“We are absolutely heartbroken. Maria led by example. She fought day and night and to her dying breath for justice for her son Gavin.

“Maria described Gavin as her miracle baby. She was in an explosion at the Step Inn in which she lost her eye, but her biggest concern was for her unborn baby - Gavin. Following his brutal murder she campaigned for justice, knowing there was state collusion in his killing.

“A Gael and a dedicated GAA woman she was known up and down the country and even visited the White House.

“She supported other families and encouraged other mothers who also lost their children.

“Our hearts are broken for her family and extend our heartfelt condolences.”

The Mid-Ulster based Ulster Volunteer Force (UVF) carried out the atrocity.

Shane McArdle, also 17, was murdered in the same attack.

No one has ever been convicted for or in connection with these two murders or the attempted murders of those who survived the attack.

Gavin was a student at Armagh College when he was murdered. Gavin had attended St Patrick’s High School, Keady and during his last year he was appointed Deputy Head Boy.

He was a talented art student and one of his A Level subjects was Art. He had painted a number of pictures and was preparing for exams at the time of his murder.

Concerns have been expressed about failings in the investigation into the murders with a report by the relatives for Justice campaign pointing to “inexplicable investigative approaches”.