'End of an era' as Montagu Arms closes 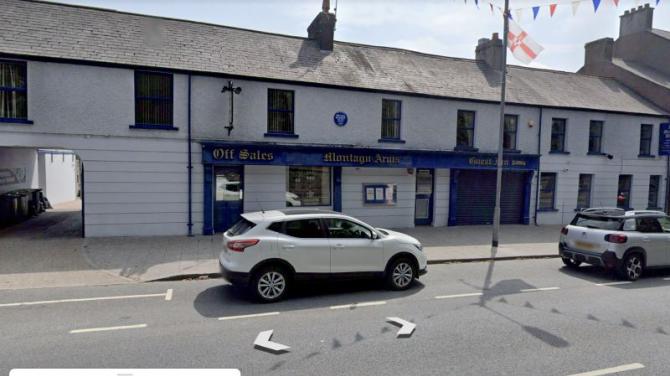 A social media post yesterday (Monday) confirmed this by stating: ‘Due to lack of staff availability in the hospitality industry since the onset of the Covid pandemic, we have been left with no option but to close The Montagu Arms.

‘We apologise for any disappointment or inconvenience this may cause to our patrons and wish to thank you for your loyalty and valued custom over the past 22 years’.

For decades the landmark Church Street hostelry served not only as a bar but also as a restaurant, a bed and breakfast establishment, a live music spot and a popular darts venue.

As well as that, it was much loved by football supporters, so news of its demise will sadden all those who frequented it.

Despite attempts by the Gazette to contact the owners yesterday (Monday), there was no response to our phone calls.

But former Lord Mayor of Armagh City, Banbridge and Craigavon, Alderman Gareth Wilson, who represents the Cusher Ward on the Borough Council said, “I knew the restaurant had stopped a few weeks ago, so I suppose this is the follow-on from that.

“A lot of chefs took up other posts during the pandemic and having got used to doing different jobs elsewhere, a lot of them seem to be staying where they are.

“Being a chef is a high pressure environment and the hours are difficult, too, so it’s not the easiest of tasks and if people got away from doing it during the pandemic, some of them don’t appear to be in any rush to go back to that given that they've managed to get into other employment.

“But it’s disappointing to learn that well-established local business has decided to close its doors after so many years. Sadly it’s a reflection of some of the difficulties businesses are experiencing in trying to come back after such a lengthy lockdown period due to Covid and the subsequent ramifications.

“If they are moving on to pursue other ventures, I wish them well.”