Markethill woman hoping to share her journey of light after darkness 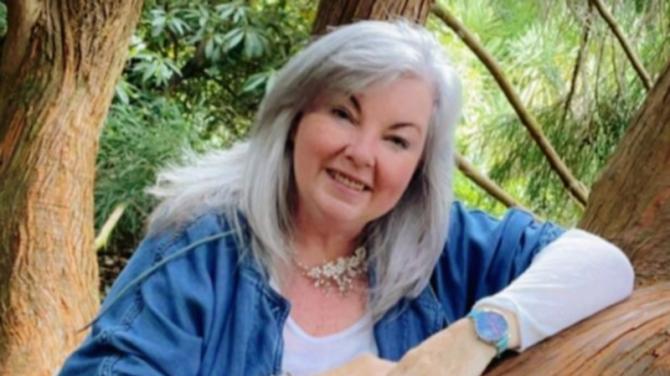 A MARKETHILL woman who lost her brother to suicide is hoping to share her journey with others to give them hope in knowing that after darkness there is light.

Jacqueline Farrell has struggled for the past 36 years to come to terms with the loss of her much loved brother John, since he took his own life on February 9, 1986.

In more recent years, Jacqueline, a mother-of-five, also suffered the heartache of losing her husband of 34 years, Bertie, unexpectedly after illness in November 2019 and her father in July 2009.

All three deaths caused much heartbreak for Jacqueline, who recently took part in a bereavement support programme organised through the Chapel of Ease Church in Markethill.

“I took part in the six session At A Loss Bereavement programme which was run in the Chapel of Ease for the first time in February/March and, through it, I was able to have closure after 36 years and finally accept my brother John taking his own life.

“The programme helped me make sense of my feelings on the death of my brother, dad and husband so that I could have peace and know that after great darkness there is light.

“I have since been guided to share my experience as so many have been affected by the trauma of suicide and the heartbreaking grief of the loss of a loved one through any circumstance.”

Jacqueline has now decided to participate in a Tandem Skydive on Saturday, May 7, to raise funds and awareness of the amazing work and life-changing support offered by two worthy charities - PIPS Hope and Support and At A Loss Bereavement Journey.

On the day, Jacqueline will be accompanied by her daughter Emma-Louise and her friend Grace Donnelly.

“It was through Grace this all came about as she wanted to do a Tandem Skydive for her 30th Birthday, but it’s just me fundraising and it so happens it will take place on Suicide Awareness Day, 7th May 2022. This is my personal tribute to my brother John, who I miss every day and I will always love and keep his precious memory in my heart.

“I want to raise awareness and vital funds for PIPS Hope in Newry because it is local and the At A Loss programme The Bereavement Journey so that this programme can be promoted in all churches in recognition of their amazing work and to highlight that there is help and support available for everyone who needs it.

“I would also really like to promote our small church and our minister who is doing such a wonderful job and has been a great support to me, my family and other families in his parish.”

On Sunday, December 19, the crafts, which were commissioned by Musical Director, Mr David Wilson and the Chapel of Ease Choir, were dedicated in memory of Anne Hamilton, John Kernaghan, Derek Cochrane and Bertie Farrell.

The procession walked from the Chapel of Ease down the main street accompanied by Mullabrack Accordion Band.

A short service was held at the roundabout, which was taken by the Presbyterian minister, Rev Smyth, to remind everyone of the Easter story and it was so well supported by the Chapel of Ease family and local community.

“This was a brilliant amount and I want to thank from the bottom of my heart everyone who provided the delicious food, helped with the lunch and especially for all who kindly donated,” she added.

Anyone who would like to donate to Jacqueline’s fundraiser should visit - https://www.justgiving.com/crowdfunding/leapoffaithjacquelinefarrell