Jimmy Rocks - the man people called to 'get the job done' 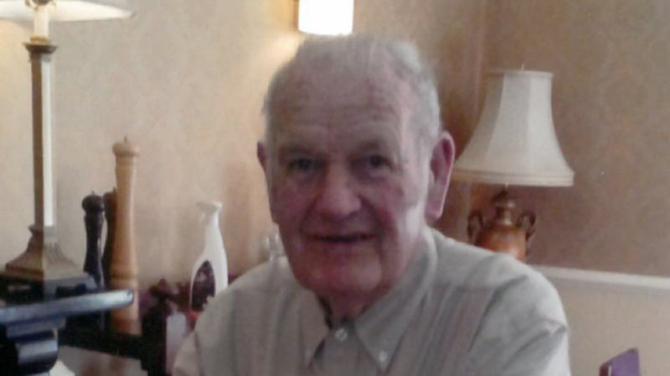 IF you know the Milford area, you may – though possibly without even realising it - be familiar with some of the late James (Jimmy) Rocks’ work.

Fences are plentiful in that part of Co Armagh – and he was responsible for erecting a huge number of them.

He died on March 30, aged 86. A man of the people, he was humble, caring, compassionate, clever, creative, gifted, generous and gregarious in equal measure, he is remembered as having been the perfect neighbour who was always able, ever-willing and more than happy to help others.

As well as that, he was the proverbial life and soul of any social gathering. If a song or a yarn was required, they turned to him to provide it.

It is hardly surprisingly therefore that his name was known throughout the Orchard County - and far beyond it, too.

Born on July 4, 1935, he grew up in the small, close-knit community of Madden. His parents were James and Margaret Rocks and they had 10 children. The family farmed and like each of his siblings, Jimmy learned about pitching in to help with whatever jobs had to be done. As a result, he mastered a number of skills which were to stand him in very good stead as his life progressed.

He worked as an Electricity Board engineer for 25 years. At the end of which, in his daughter Nadine's words, “He didn't really retire; instead I’d say he left work to go back to work.”

Her recollection of the demands on her father’s services was, “There’d be a knock on the door, somebody would ask him for a hand with something and away he’d go.

“He would have done a good deed for anybody, and because he loved working outside, as you can imagine in a rural community there was no shortage of callers.”

Nadine is the youngest of Jimmy’s six children the others being Geraldine, Rosie, Christopher, Angie and Julie. Her term of affection for her father is “wee daddy”.

His willingness to help, coupled with the many skills he possessed, made him a hugely popular and much-respected local personality.

“Daddy was the sort of man who would have done you a good turn ahead of himself. He was generous and humble – really kind-hearted,” Nadine said.

His reputation as someone able to keep a social gathering in craic also led to demands for his services.

He was frequently called upon to sing a song or tell one of his many stories of bygone days in that part of the country. And since his death, neighbours have been able to share video and audio recordings of such occasions, something which has given the Rocks family much comfort.

But his reputation as an entertainer pre-dated all of that, for years earlier he had been a drummer in The John Pickering Band which, in the 1950s and ‘60s, travelled all over Ireland to provide dance music.

“Daddy’s mother – our Granny Margaret (nee O'Sullivan – originally came from Bantry, in Cork – so I remember me and my sister Angie going down there for a visit. That was a long trip back then; roads were nothing like what they are now.

“Like daddy, our granny was a very generous wee woman, so he probably got that from her. I think it was in the genes, so I hope we’ve got it, too. Certainly he always taught us to put others first.”

He loved vintage rallies and, in particular, old tractors. The favourite of those he owned was one he called “the old grey Fergie”.

“Wee daddy was great with his hands – there was no job he couldn’t handle – so he was able to do any repairs,” Nadine said.

“Anything anybody needed seen to in our community - and further afield, too, on occasions – Jimmy Rocks was the man they called to get the job done and to get it done well.

“He built our house - 21, Goland Road - from scratch, and did all of the work himself. The labouring, the electrics, plumbing, carpentry, plastering, you name it, he was able to do it.

“He used to come home from work in the Electricity Board and start on the house at night-time. He even mixed the cement by hand using a gas-lamp for light.

“That was the sort of him. He hated being cooped up in the house, so he had to be doing something outside. And he was happy when he was; I think work truly was a pleasure for him.

“If there’s a fence in Milford, more than likely he made it. And everywhere he went, people knew him. If any of us ever mentioned the name Rocks, everybody knew who we were because of wee daddy. They’d tell you, ‘Jimmy did this for me’, or ‘Jimmy did that for us’.

“Even up to the end he always had loads of wee sayings,” Nadine said. “In the last three years, he wasn’t as well as he had been up to that point. And do you know what he’d say? ‘I’m not lazy, I'm just full of wee rests!’

“The thought of lying down and having a sleep wasn’t for him; he’d have regarded that as wasting time when you could have been doing something.

“So he was the backbone of our family and but for him I don’t think we'd be the people we are today. I miss him terribly and I know that's going to be the case for a long time to come.

“But people have told me that the pain will give way to good memories of him and pride in the man he was and what he did for all of us. I look forward to that day.”