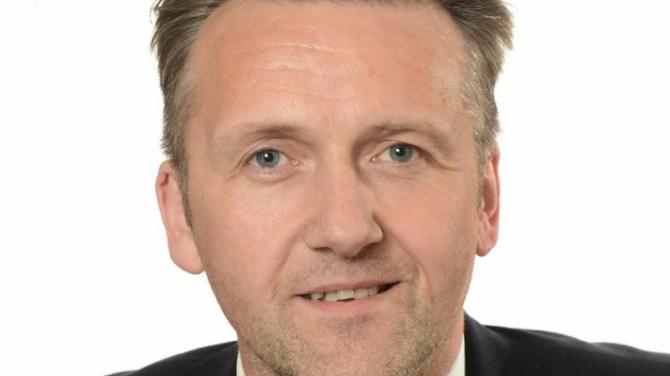 ARMAGH City, Banbridge and Craigavon Borough Council’s planning committee has approved an application for work to begin on the cross border section of the Ulster Canal Greenway.

The approval was granted at a meeting of the committee following a proposal from Councillor Darren McNally which was seconded by Councillor Paul Duffy.

Lodged by Braniff Associates on behalf of the council, the application seeks permission to create a 5m wide corridor incorporating a granular surface course path of gravel and dust; a verge either side and timber guardrails and the creation of a parking and amenity area near Annagola Bridge, Middletown.

Permission has also be sought to clear vegetation and make enhancement repairs to the listed lock-keepers house and historic bridge and lock at Foyduff.

The site address for the application is listed as the corridor of land from Ardgonnell Bridge on the border at River Cor, west of No.347 Monaghan Road, Co Armagh to Annagola Bridge, Middletown.

In a report presented to members, officers explained they recommended the application was approved as they were of the belief the proposed development complies with the area plan, the SPPS and all other relevant planning policies.

It was also noted that no objections have been received in relation to this application.

The proposed area of development is approximately 10.1 hectares and the proposed greenway will measure 2.3 km in length and follows the route of the Ulster Canal proceeding parallel to the N12/A3 primary road to Middletown.

The greenway commences at the border where it crosses the River Cor via the existing aqueduct and runs next to the A3 for 185m. Following this, it follows the public road for 865m before diverging from the A3 to follow the historic Ulster Canal Greenway directly through agricultural land for 1.2km.

Councillor Sam Nicholson, who chaired the meeting in the absence of the committee’s chair, Councillor Peter Lavery, asked how the car park is secured as, from the plans presented, he could not see any gates or height barriers and asked if the car park will it will be owned by the council.

Councillor Tim McCelland asked if there were any “insurance implications” for adjacent landowners though accepted that “might be outwith our responsibility” as a planning committee.

In response, Cllr Nicholson said that would be a matter for Estates and it was important to make sure that if it was in the council ownership, the council was in control of it.

Councillor Paul Duffy described the proposed development as “a good news story” for the area.

“It is good to see this development coming forward which will allow people to get out and about and it is also good to see a suitable provision for parking that they can access,” he said.

“I imagine once this is completed it will be very well used.”

Councillor Sam Nicholson said he was in agreement and noted how during lockdown, “everybody took to walking”.

Councillor Darren McNally said he would have liked to see the greenway continue into the village but is happy to see plans progressing.

“The only thing I would have liked to see is the greenway continuing right to the village,” said Cllr McNally.

“With my councillor hat on I do recognise the project has the potential to revitalise this area and from a planning point of view a very good report has been produced and I am very happy with it.”

Cllr Nicholson said he was in agreement with these comments and noted the application ticks a lot of boxes in regards to sustainable travel and health and well being and shared the belief that it “will hopefully help revitalise Middletown village going forward”.

A proposal to approve the application was put forward by Councillor Darren McNally and seconded by Councillor Paul Duffy with the committee voicing its agreement for the proposal.