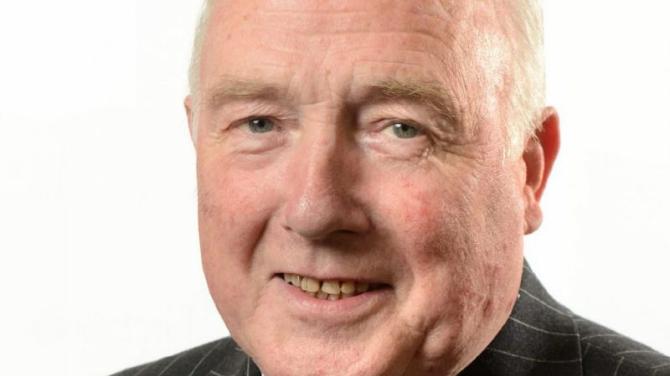 A LOCAL Councillor has queried spending on road repairs, claiming the Cusher electoral ward appears to be the poor relation.

Armagh City, Banbridge and Craigavon Borough Council Alderman Jim Speers asked if the administration of public money being used for road repairs is “fairly allocated” across the borough.

Speaking at the council’s monthly meeting on the UUP group leader said he had noticed there was “perhaps an imbalance of activity by Roads Service across the borough”.

“I have done some monitoring of this and would be interested in other members’ views,” said the Cusher representative.

“When we get a list of roads to be closed from council staff I have tried to establish where most of their closures are and what they are about.

“I would ask members to reflect on that as the number of those in my district electoral area (DEA) are very very small and indeed if you look at other DEAs you will find out there is a plethora of these closures weekly.

“I just wonder is the administration of public money in terms of roads is being fairly allocated across this borough.”

He continued by claiming there appears to be a “very substantial imbalance” in the location of road closures within the last two to three months but stressed he was just making a point, not making any allegations.

“I am not making an allegation, I am making a point and I think members should have some reflection on it,” he said.

“When they do they might recognise that there is a lot more work happening in their area than there is in other areas and the DEA I represent is certainly rarely mentioned.

“I have spoken to staff and some of them are equally aware of the amount that is happening in some DEAs with regards to road closures for road works, resurfacing, road gully cleaning, you name it.

“It does not happen frequently in other parts of this area. I am not sure if the Minister has control over this or not but it is quite illuminating when you look at where the road closures are.”

His party colleague, Councillor Kyle Savage said he would agree with the point being made and claimed one only has to look at the Lagan River DEA to see an example of how some areas are not getting the treatment afforded to others.

“It does bring to the fore how much need there is within the Lagan River area and the way it has been forgotten about over the last number of years,” he said.

“Verges are falling and buses are tipping over hedges and thats because of the grass verges.

“It just highlights the need there is within the Lagan River area and how it has been forgotten and neglected for years.”

DUP Councillor Darryn Causby said he disagreed with the view that Dromore is a “forgotten area” noting Council has spent more than £3 million in the area in the not too distant past.

“I am a bit fed up with Dromore being called the forgotten area,” said Cllr Causby.

“It was not that long ago we spent £3 million on its community facility, leisure centre and bowling alley and spent money on the park in Dromore.

“We all have challenges within our constituencies we would like to get resolved and we all have rural swathes too but to continually say that it is a forgotten area just for a wee headline and a quick boost is, I think, unfair.”

SDLP Councillor Declan McAlinden, defended his party colleague and Infrastructure Minister, Nichola Mallon MLA, telling there chamber there “is no favouritism shown here” and blamed her predeccessors for the state of the borough’s roads.

“I live in a rural area and the Minister, Nichola Mallon is a colleague of mine, he said.

“I can assure members there is no favouritism shown here, Minister Mallon has only been in position this past two years. The state of the roads in our borough is an indictment on her predecessors.”