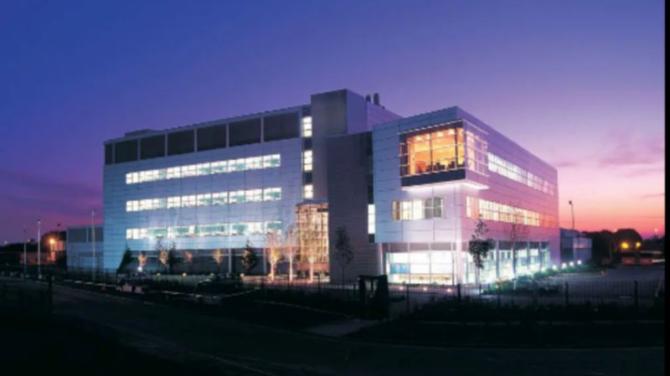 A £40 million reworking of a pharmaceutical company’s land at Seagoe Industrial Estate has been welcomed by members of Armagh City, Banbridge and Craigavon Borough Council’s planning committee.

Lodged by agent Ostick and Williams, the application by Almac Group Ltd will see the demolition of existing industrial units and the construction of a new pharmaceutical manufacturing building, including storage, offices and staff facilities at lands at Units 16 and 17, Seagoe Industrial Estate, Portadown.

The site currently includes an industrial warehouse unit, access roadway to Almac and a portion of the former BT car park. It is split into two distinctive areas, with the southern area predominately car parking while the northern area includes Building 16.

To the north, east and south the site is bounded by existing Almac buildings. Buildings two and 18 to the north, building 19 to the east and building 15 to the south. Building 20 to the east is the most prominent on site as it is the headquarters for Almac Group Ltd.

Permission has also been granted, as part of this application, for off site road mitigation works at Carn roundabout as well as alterations to existing access roads, paths and car parking.

The new building will have a floor space of 9,136m2, with 2,185m2 designated for production, 749m2 designated for office space, 613m2 for storage and 5,589m2 ancillary use which will include plant areas, circulation and staff facilities.

A planning officer has confirmed that in discussions with Almac, the pharmaceutical company has outlined plans for a further 370 new jobs by the end of the decade.

“I’m pretty sure, given Almac’s experience it will be put together carefully and precisely,” he said.

“I think it is a very good news story, it is great to see this type of development at this time and it is fantastic to see a global company taking this step in the borough.”

Councillor Sam Nicholson praised Almac for “transforming this area of the borough” and said it was great to see a local company “investing in the borough and continuing to do so”.

Alderman Sydney Anderson said it was another good news story for the area and welcomed Almac’s “commitment to the area”.

The Chair of the planning committee, Councillor Peter Lavery, said it was clear a lot of thought had gone into the application and said he was sure it would provide “a strong economic boost to the area”.

A proposal to accept planning officers’ recommendation to approve the application was put forward by Alderman Sydney Anderson and seconded by Councillor Ciaran Toman with the committee in full support of the proposal.