It's a dog's life for cats in need of protection 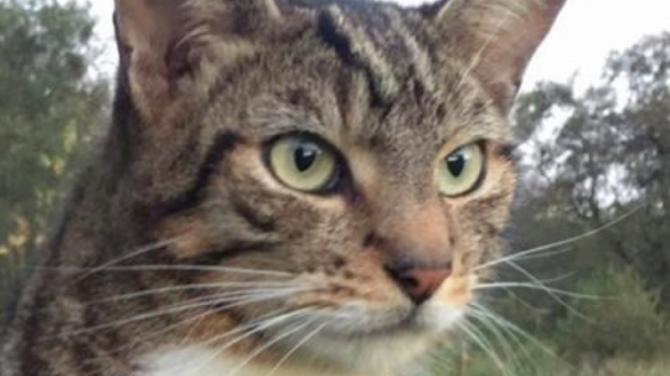 If that suggests it must have been formed many years ago, it wasn’t.

Branch co-ordinator, Dymphna Walsh, explained, “There is an adoption centre in Belfast and two years ago it celebrated its 25th anniversary. And up until 13 years ago, that was the only Cats Protection presence in Northern Ireland.

“Then somewhere the powers that be thought, ‘Wouldn’t it be a good idea to start setting up branches in Northern Ireland?’ For some reason they chose Co Armagh, and that’s how our branch - the first in Northern Ireland – came to be set up towards the end of 2008, start of 2009. So, not really all that old – but still the oldest!”

Dymphna is the longest-serving volunteer. Needless to say, she is a cat-lover who shares her home with two of her feline friends.

Armagh branch has 15 volunteers who, between them, fulfill all the various roles.

Cats for adoption are displayed on its Facebook page, though as was explained to me, “We DO NOT have an adoption centre, but we foster cats and kittens from our own homes before homing them.

“We rescue sick, injured, neglected cats and kittens, but due to limited facilities are not able to take in strays.

“We also provide a Trap Neuter and Return (TNR) service to help reduce the numbers of feral/semi feral/outdoor cats.”

Dymphna said, “When we have a cat or kitten ready for adoption we put a photograph of it on our Facebook page where we also provide information about age, gender and personality-type – shy, timid, friendly, playful or one that doesn’t get on with other cats and so forth.

In the past two years, Covid obviously has had a knock-on effect on the Armagh branch’s work. But pre-pandemic, it was finding homes for around 85 cats per year.

Why so many? Well, do bear in mind the fact that litters of four or five kittens are commonplace, so clearly that is how the numbers available for adoption arise.

But adoption – the homing of domesticated cats - is only one side of the branch’s work. The other is the neutering of stray and feral cats, though ‘community cats’ is the preferred terminology these days.

“Every town – and believe me, Armagh is no exception – has cats,” Dymphna pointed out. “You’ll see them at the back of hotels, the chippy, in housing estates, on a farm or wherever else and it’s a very big issue here.

“So what we – like all other branches – do is called TNR – trap, neuter and return. It’s for the cats which aren’t domesticated, feral and semi-feral cats or ‘community’ cats in a housing estate, for example. They’re the cats nobody actually owns, but Mr A in the flat and Mrs B in number 10 feed them.

“While they don’t mind them being there, they do call on us to help if a cat is sick, or there’s too much breeding going on, leading to the whole mating and kittens cycle year after year.”

A single TNR job, she explained, could be for anything from two to 30 cats.

“If people are feeding them and sort of looking after them, the cats are healthier than they otherwise would be. And because they’re being fed and feeling pretty well, they go mating.

“We’re in the thick of the mating season right now, so it’s a bit of a chicken and egg situation. You feed the cats because you feel sorry for them and because their health is better as a result of that, they then go on producing more litters of feral or community cats.

“That’s why TNR is essential and it’s why we are in desperate need of volunteers to help with trapping feral or community cats which we then take to our two supportive vets in Armagh (O'Reilly & Fee) or Portadown (Willow Veterinary Clinic).

“Admittedly TNR isn’t the most glamorous of roles,” Dymphna said. “You could be out on a farm, in an estate or anywhere else in town – and trapping isn’t an exact science. Obviously you can’t walk up to a feral cat and say, ‘Good morning, I’m here to bring you to the vet. Is that okay?’ You have to trap them. That said, it’s all very humane.

“But it also has to be planned and lined up in advance with our two partner vets in Armagh and Portadown, because they are running full-time surgeries, so they aren’t just available at the drop of a hat. So it all has to be pre-arranged and everything has to be properly co-ordinated.”

Currently there are 20 locations in Armagh where TNR is known to be required. That means about 100 cats to be neutered. If they aren’t, then with this being mating season, there will soon be another huge number of feral kittens.

Asked what type of people could help with the trapping process – and training is, of course, provided – Dymphna replied, “First and foremost, reliable and local. Ideally someone who can spare one or two days a week, or a couple of half-days.

“You don’t have to have strength or dexterity; that’s not an issue. But you do have to have time to spare – and patience, too.”

If you can help, the Cats Protection Armagh Branch would be delighted to hear from you. They can be contacted as follows: website www.cats.org.uk/armagh, call 07709 483550 or email enquiries@armagh.cats.org.uk