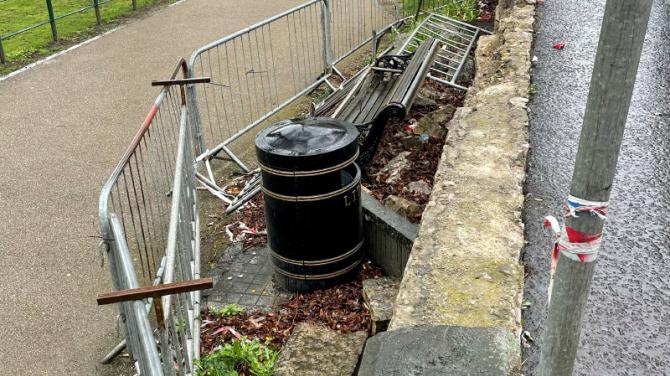 AN angry reader has contacted the Gazette regarding recent decisions by Armagh City, Banbridge and Craigavon Borough Council.

He has also proposed four ideas which, he believes, would go some way towards solving several major problems in Armagh.

The gentleman, who asked for anonymity, said, “At the same time as we receive notices for payment of annual rates, the ABC Council announces its ‘new’ Armagh Place Plan.

“The rates are increased yet again as a result of expenditure by the council.

“These increases are approved by our locally elected councillors.”

Then highlighting a particularly obvious flaw in the Armagh Place Plan, he told the Gazette, “Unfortuntely one main item in the Plan - the future of the Gaol - is not new!

“The Gaol had already been identified for conversion to a hotel. In fact, ratepayers even paid to send local councillors to inspect a similar conversion in England. It was ratepayers who paid for councillors’ travel, accommodation and meals.”

Then pointing to the fact that this project appears to be going nowhere, he stressed. “Since then there has been no news of any interest by the ABC Council or any local councillor.

“So has the intended developer of the Gaol lost interest as - apparently - the councillors have?” the gentleman asked.

Then switching his focus to “important projects” on which he feels the ABC Council could and should be concentrating he made the following suggestions:

“Firstly, lobby Stormont to have both the proposed East and West Bypasses constructed,” he said.

And the thinking behind this?

“The residential Mall has become a major throughpass for heavy traffic to and from the west, Dublin and Warrenpoint Port,” he said.

He continued, “They should also try to have the car park for 48 vehicles - behind the Market House – restored in order to assist trade in the city centre.”

His third proposal was, “Reinstate the Mall boundary wall which is still damaged as a result of a lorry crash - almost two years ago!”

As reported in the Gazette recently, a tender process has begun to see the long awaited repair work on the wall started.

And his fourth idea was, “Because there are already too many vacant shops in Thomas and English Streets, try to ‘freeze’ retailers’ rates.”

He did, however, see merit in two major projects currently under construction at Ogle Street and Seven Houses, “both apparently by private developers,” he enthused, endorsing this as “good news!”

And then in a reminder to local representatives and voters alike that next year’s council elections are not too far off, the man – who said “Just call me an Armachian” – finished with these words: “Now it’s time for ABC Council to be positive about Armagh City as our local councillors will soon be seeking re-election!”