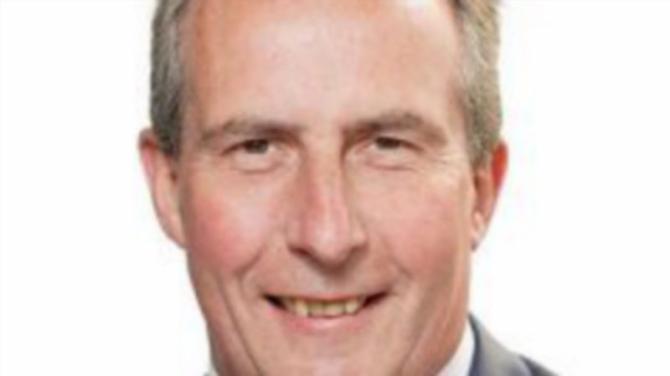 A PORTADOWN councillor has called for the council’s Christmas plans to reflect the growth of a small village on the outskirts of Loughgall.

Speaking at a meeting of the economic development and regeneration committee on Tuesday, June 14, DUP Councillor Lavelle McIlwrath (pictured right) said he would like to see officers explore the possibility of providing the village of Annaghamore with festive lights and a Christmas tree.

The comments were made during a discussion of the council’s proposals for events to mark the 2022 Christmas period. At present the local authority plans to source 50 trees for use across the borough with all trees and features set to be erected, tested and switched on by the second week of December.

It also plans to spend approximately £60,000 replacing and enhancing festive lighting features across the borough and Cllr McIlwrath is hopeful this funding will see Annaghmore benefit.

“It is great to see the rural towns and villages being included but I was just wondering has Annaghmore been left off the list mentioned so far?” he asked.

“How do we differentiate and allocate to our different towns and villages? I think Annaghamore needs a Christmas tree. Last year the village had one of the best switch on events in this borough and it was not funded by the council, they had to purchase their own.

“I am led to believe we are at a reasonable stage this year to get Annaghmore included. It has a vibrant school and church and has seen additional housing arrive over the last few years.

“I think we have to be fair and equitable across this borough. I see there is additional money for enhanced lighting and I hope this will be used for new villages as well.”

He also urged officers to contact Annaghmore community village group to begin discussion about how the council could help support its efforts in the village.

“The report is welcome, the additional money is fantastic but I would like to put it on record and see Council involved in providing facilities, Christmas lights and tree for Annaghmore if at all possible,” said Cllr McIlwrath.

“There is a group now there, Annaghamore Community Village Group, it is a vibrant new group and they would be willing to take this on.

I would encourage officers to get in touch with those representing this group and I just hope the village can be included in this new scheme.”

A council officer confirmed officer’s will follow up on the possible inclusion of Annaghmore in the council’s Christmas campaign directly with councillors through workshops and will keep the committee updated on these discussions.