Thirty 'red flag' patients waiting over one year for appointment 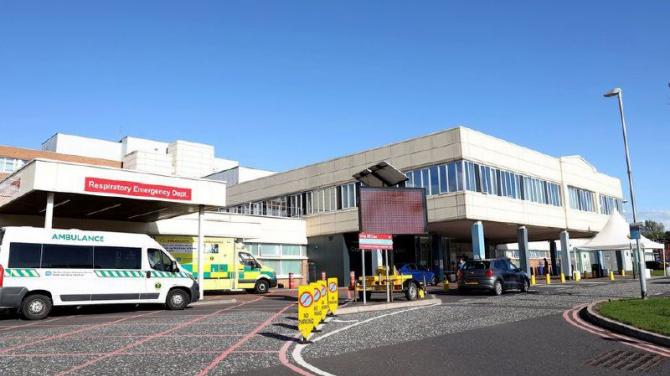 THIRTY people within the Southern Health Trust area have been waiting longer than one year for a first consultant led ‘red flag’ outpatient appointment, it has emerged.

A further 91 people out of the overall figure of 1,695 have also been waiting between 18 and 52 weeks for a similar type appointment.

The only other Trust in Northern Ireland where patients were forced to wait longer than one year for a first ‘red flag’ appointment was the South Eastern, with figures showing a total of two people were waiting.

The figures, as of March 31, this year, were provided by the Department of Health in response to a question in the Assembly by a Foyle SDLP MLA, who had asked for a break down of waiting lists in all Trust areas.

In the Southern Trust, 10,268 are also waiting for a first consultant led urgent appointment - 2,401 of whom have had to wait longer than 52 weeks.

For patients waiting on a first consultant led routine outpatient appointment, the figure was 51,378.

“The figures show that 51,378 patients are currently waiting for their first consultant led routine outpatient appointment. Sixty per cent (31,107) of these patients have been waiting for more than a year.

“I am very troubled by the statistics revealed by the Department of Health, which show that of almost 52,000 patients waiting for their first consultant appointment, more than 31,000 people have been waiting more than a year.

“The fact that over 60 per cent of patients on consultant waiting lists have been waiting more than a year is outrageous.

“My heart goes out to every person and their family whose worry around health issues is being compounded and whose health outcomes are being jeopardised by a broken system.

“People here who work hard and pay their taxes are as deserving of prompt access to high quality healthcare as they are anywhere else.

“An Executive must be formed without delay, a multi-year budget must be brought forward, and the crisis in our health service must be addressed as a critical priority.

“The people I represent deserve better, and I will continue to demand better on their behalf,” Mr McNulty added.