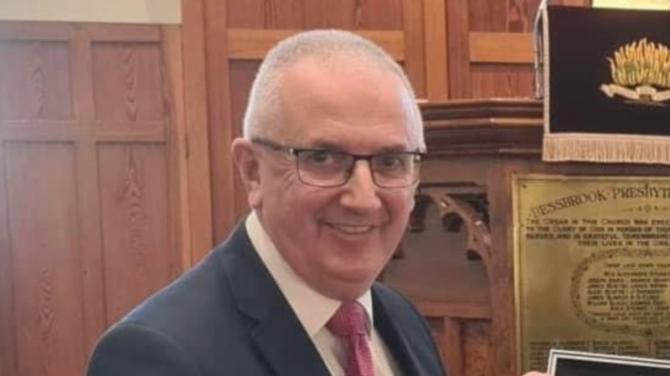 Speaking on Wednesday (June 29) the UUP’s former MLA for Newry and Armagh who served as Minister for Regional Development (2011 to 2015) and Deputy Speaker of the Northern Ireland Assembly, told the Gazette, “We share the feelings and concerns of victims’ groups for what effectively is the closing down of any legal or judicial method of getting justice.

“Yes, it’s at a very late stage in many of these cases, and I recognise that. For that reason I also acknowledge that it might be difficult to get justice now.

“But where the whole legal process is just closed down, clearly that becomes a case of justice denied and that, I think, is the real issue here.”

Asked if he believed anything could be done to de-rail the Bill at this stage, he replied, “I think the Government are minded to pursue and carry this through and they have such a majority that it’s difficult to see it being stopped.”

When asked what he thought was the Government’s thinking at this time, he replied, “It probably has as much to do with Conservative Party politics than anything else.

“I suspect some Conservative MPs are feeling pressure from military veterans in their constituencies.

“Some of these veterans may have served over here in Northern Ireland, for which reason they are fearful of a knock on the door or some sort of repercussions for things dating back many years.

“To my way of thinking, clearly that is part of it. And, unfortunately, I think it’s also fair to say that the failure of local political parties to agree on Legacy issues has given the Government in Westminster the opportunity to intervene in this manner.”

There is an adage in politics and history that states, “nothing unites like a common enemy” and the truth of that particular maxim was confirmed on Wednesday when, prior to the first of the Bill's two short committee stage airings – the second was yesterday (Monday, July 4) – the UUP doyen found himself in the strange position of appearing to be in agreement, albeit tentative and qualified, with Amnesty International.

“This is a Bill to which everybody in the country, is opposed, though not necessarily for the same reasons or motives,” Mr Kennedy acknowledged.

“While – in view of some of their previous stances and statements – I feel there is a certain irony to some of what Amnesty International is now saying on this matter, I can identify with some of the sentiments it appears to be expressing on this occasion.”

“It is repugnant that the UK government is now deciding who in society will get justice for such heinous crimes.

“The Bill cruelly removes victims’ opportunity for justice and this simply cannot be acceptable to any MP who respects the rule of law.

“The Bill is so fundamentally flawed that it cannot be fixed and it must now be withdrawn or rejected. What is morally wrong cannot be made legally right.”

Highlighting the particularly narrow ‘window’ in which to examine the matter, she continued, “Two days for committee stage is a disgracefully limited amount of time to consider such a significant piece of legislation.

“The UK Government is curtailing the opportunity for proper scrutiny and further compounding the insult to victims,” she added.