Call to open Irish passport office in NI is rejected 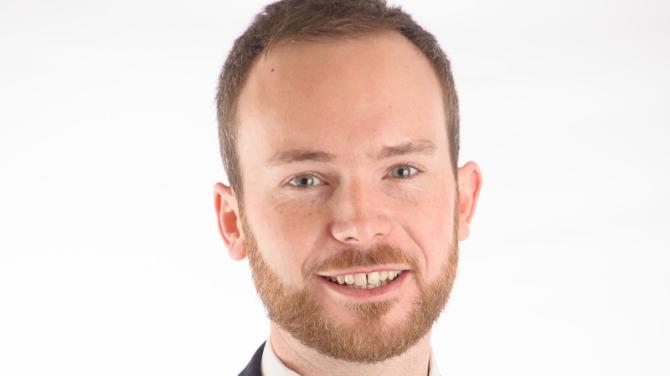 A CALL to open an Irish passport office in Northern Ireland was ‘beyond the Pale’ for unionist counncillors on Armagh City, Banbridge and Craigavon Borough Council.

However, the council is to write to the British and Irish governments asking both to allocate additional resources to try and tackle the passport application backlog.

A motion, brought to the the council’s monthly meeting on Monday, June 27 by Councillor Ciaran Toman, originally called on the Irish government to establish a passport office in Belfast.

This request was removed from the motion through an amendment from DUP Alderman, Stephen Moutray, which was seconded by UUP Alderman Glenn Barr and supported by the majority of councillors present at the meeting.

The original motion reads: “Council acknowledges and supports residents’ concerns regarding the current backlog and delays for the processing of passport applications.

“Acknowledging that many in our community hold Irish, British or indeed both passports, we the undersigned ask that this Council writes to the Minister for Foreign Affairs, SImon Coveney TD, expressing concerns at the current backlog and delays for Irish passport applications and requests a passport office be established here to help manage current and future demand for all citizens across this island.

“Council further writes to the Home Secretary Priti Patel MP expressing concerns at the current backlog and delays for British passport applications and request additional resources and staffing in the UK passport office, Belfast to help manage current and future demands for passports.

“Furthermore Council calls on both the Irish Government and the British Government to open passport service hotlines for elected representatives to enable swift and efficient communication regarding passport queries.”

Bringing the motion to the floor, Cllr Toman explained it is about “practical delivery and investment in infrastructure from both governments”.

“It does not matter what service you provide, when customers pay for a service and that service does not meet the demands and when you do not meet your deadlines you must look at the structure and resources you have and see where improvements must be made,” he said.

“Tonight members, I am asking you for your support to send a clear message to both governments that they need to streamline services that Northern Irish citizens are paying for and are entitled to, as detailed in the Belfast/Good Friday Agreement.”

Seconding the motion, his party colleague Councillor Grainne O’Neill said she has been inundated with requests for help with both British and Irish passport applications.

Accepting this is an issue that requires “some attention”, Alderman Moutray explained he was not of the view an office for Irish passports in Belfast would help the situation and proposed an amendment to the motion.

His amendment keeps the first paragraph unchanged but from there reads: “This Council writes to the Home Secretary, Priti Patel MP expressing concern at the current backlog in processing passport applications and requests that the government put in additional resources to alleviate the problem.

“Acknowledging there are those who have applied for an Irish passport, this Council also writes to Simon Coveney TD, the Irish Minister for Foreign Affairs, expressing our concern as to the backlog and ask that they allocate resources to try and resolve the issues faced by those residents living in Northern Ireland.”

This amendment was seconded by UUP Alderman, Glenn Barr who said he was set to propose one with very similar wording.

“I am not sure how legally we could call on a foreign government to set up a passport office in a sovereign nation so I am happy to second this amendment,” he said.

Alliance Party councillor Peter Lavery said his party would support the original motion and said it would be a much smoother experience for his constituents if there was an Irish passport office in Belfast.

“As to Alderman Moutray’s comments that an Irish passport office in Belfast would not have any impact, a constituent of mine was seeking an update on her passport and had to travel to Dublin to do so,” he said.

“She still got no additional information out of that trip and was left feeling like that information could have easily been done by a phone call.

“It would be a much smoother experience if there was an outpost in Belfast and I would ask other members to consider their position and indeed support something that I think would be of benefit to all of our constituents given the rise in passport applications this previous six months.”

Sinn Fein Councillor Keith Haughian said his party would also support the original motion which he described as “pretty fair and balanced”.

He also expressed concern with Alderman Barr’s comments and claimed an Irish passport office in Belfast would be a practical solution that would only reduce travel time for those currently required to travel to Dublin to discuss their application status.

Alderman Barr explained his concerns centred around sovereignty, nothing more.

“People who are born here are British, Northern Ireland is part of the United Kingdom no matter what passport you want to hold,” he said.

“This is sovereign land, to bring a foreign passport office onto sovereign land potentially has international law written around it.”

Cllr Toman said he would not be accepting the amendment as he believes his motion is an “equality issue” for the rights of citizens in our community.

Alderman Moutray’s amendment was then put to a vote and was approved with 19 unionists present voting in support of it and all 17 Alliance Party, SDLP and Sinn Fein members present voting against it.

In response Cllr Toman said it was “disappointing unionists could not support this motion” but said such a stance was “expected”.

He then went on to talk about “unionist culture” before a point of order was raised by Councillor Darryn Causby reminding the chamber that any councillor speaking about the motion must keep their comments directly related to the motion.

Brining the debate to a close, Cllr Toman said he brought the motion forward to “campaign for better services for his constituents” and thanked everyone for their contribution to the debate.