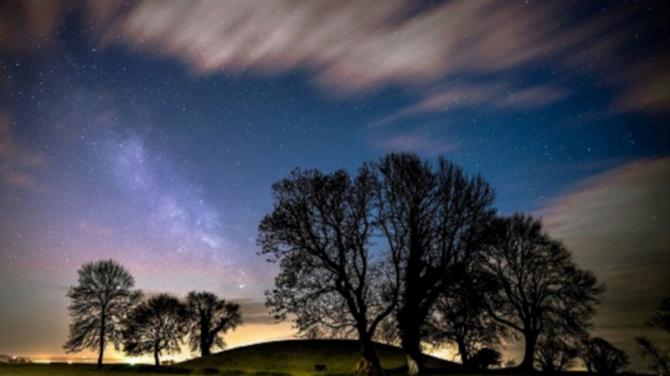 NAVAN Fort has taken a step closer to being declared a World Heritage site.

The Steering Group of the Royal Sites of Ireland, responsible for the bid, welcomed the news that they were announced as one of three successful proposals to get on Ireland’s new World Heritage Tentative List.

The Royal Sites of Ireland are a group of six unique collectives of largely prehistoric monuments and sites associated in early medieval and medieval texts as the principal ancient sites of royal inauguration in Ireland.

Lord Mayor of Armagh City, Banbridge and Craigavon, Councillor Paul Greenfield commented, “Navan Fort is one of the most significant archaeological sites and viewed as the ancient capital of Ulster.

Spread throughout the island, four of the sites represent the ancient Kingdoms of Ireland and its current provinces of North (Navan Fort), South (Rock of Cashel), East (Dún Ailline) and West (Rathcroghan). Tara was the seat of the High Kings of Ireland situated in the ancient ‘fifth’ province of Meath while the Hill of Uisneach the ‘omphalos’ or centre was where the five kingdoms met.

The respective local authorities of Armagh City, Banbridge and Craigavon, Tipperary, Kildare, Roscommon, Meath and Westmeath, have been working together for many years to develop the Royal Sites of Ireland case for ‘outstanding universal value’ the key attribute for world heritage sites.

The Royal Sites Steering Group is very much looking forward to starting their journey towards nomination. A critical element of this will be partnership, working with landowners, local and national stakeholders and the Department and we look forward to beginning this process together in the coming months.

The news comes as Armagh Observatory and Planetarium confirmed it is part of a joint bid aiming for nomination for UNESCO World Heritage status.

The application - in partnership with the Irish astronomical observatories at Birr in Co Offaly, and Dunsink in Dublin - is to seek listing on the UK’s tentative list for this world-recognised status. More on this story on page 4.