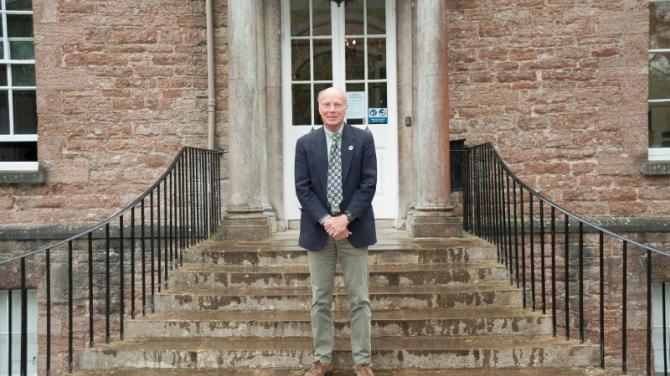 ARMAGH Observatory and Planetarium has confirmed it is part of a joint bid aiming for nomination for UNESCO World Heritage status.

The application - in partnership with the Irish astronomical observatories at Birr in Co Offay, and Dunsink in Dublin - is to seek listing on the UK’s tentative list for this world-recognised status.

Professor Michael Burton, Director of Armagh Observatory & Planetarium, worked with colleagues in Armagh, Birr and Dunsink to develop the application and put it forward.

He said: “World Heritage requires outstanding universal value. A significance so exceptional that it transcends national boundaries. We believe that our collective astronomical heritage is out of this world and firmly meets the robust criteria needed for this status.

“Our celestial partnership with Birr and Dunsink has lasted four centuries. Through highlighting these origins along with the developments in astronomy that we have made, both separately and collectively, we believe that we are in a strong position to seek this nomination.

“We believe that achieving World Heritage status will support and inspire further collaborative working with our community, stakeholders and research partners to unlock the opportunities and highlight the outstanding value of our heritage.

“I feel our case for World Heritage is strong and fully supported by Armagh Observatory’s amazing history. It encapsulates our desire to keep exploring, asking questions, delving deeper and continuing to play a leading role in influencing humanity’s perceptions about the cosmos.”

The three observatories of Armagh, Birr and Dunsink were at the front line of world astronomy during the 19th Century, making key contributions to the design of the telescope and to understanding our place in the cosmos.

Not only have these telescopes been used over the decades for important research, they also remain in their original physical form today, making them an exciting and incredibly important element of this collective heritage.

Among the telescopes that can be seen in Armagh is the Troughton Equatorial. Installed in 1795, it is the oldest telescope in the world still in its
original dome.

In fact, Armagh Observatory hosts six generations of telescopes, ranging from King George III’s telescopes of 1769, used to measure the Transit of Venus, to the Armagh Robotic Telescope of 2010, used to train PhD students.

According to the three observatories, World Heritage belongs, and needs to remain accessible, to everyone, irrespective of culture or location.