Family asks for prayers as youngster taken in for surgery 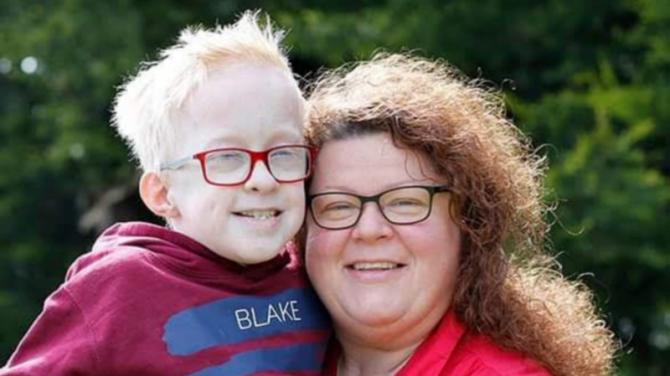 THE family of a Tandragee youngster has called on the local community to remember him in their prayers as he remains in a stable condition in an intensive care unit.

Blake McCaughey’s family issued their appeal on Friday as he was taken into surgery to remove part of his bowel.

In a social media post the family said, “ Please pray for Blake as he’s in theatre, Blake’s bowel obstructed on Wednesday at 3am and his ileostomy stopped working so surgeons have taken him in to remove part of his bowel. He’s a warrior but please send all positive vibes.”

Over the weekend the family posted an update: “Our boy is in ICU and stable. Thank you and keep the prayers for recovery going.”

The 13-year-old, a familiar sight to many on parade with his beloved Portadown True Blues Flute Band, has a rare genetic disorder which means he cannot eat or drink and solely tube fed

His family described him as a very happy child.

In June the family shared: “After nine months, a lot of scares, a lot of new devices and different things going on we are home. As parents we have alot to consider and think of the future but for now it's home and much needed family time together.

Last year, he nominated nurse Tracy Close, for a Dale Farm community goodness award in thanks for her care while he was in the Royal Belfast Hospital for Sick Children. She went on to win the award.