Madlug teams up with Horrid Henry to give children dignity 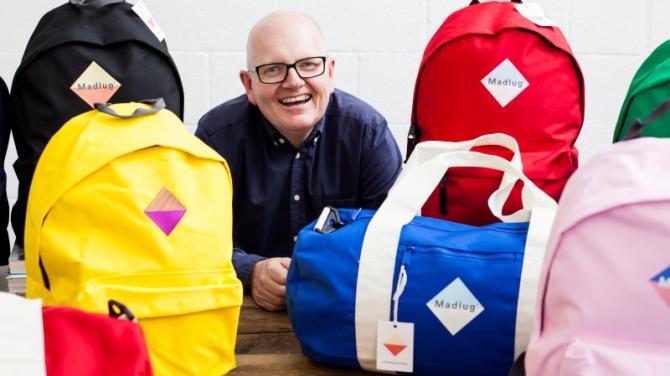 AN Armagh social enterprise has teamed up with one of the UK’s best known cartoon characters to help give dignity to children in care.

Madlug, an award-winning bag brand and social enterprise, is teaming up with production company, Novel Entertainment to launch an exclusive Horrid Henry backpack.

Under the collaboration, Novel Entertainment has donated its Horrid Henry brand to enable Madlug to create a backpack featuring the popular children’s entertainment property.

In doing so, it will support Madlug’s mission to raise awareness of the value and worth of care experienced children, while helping them make their way with dignity.

As part of Madlug’s ‘buy one, give one’ initiative, for every Horrid Henry backpack purchased, a care experienced child will receive a pack-away travel bag.

The Madlug x Horrid Henry Backpack, which features a logo specially designed to incorporate Madlug’s brand by House of Fandango’s Lucy Freeth, is now available to buy exclusively from Madlug.com.

Launched on Friday (July 22) and priced at £29.99, the Madlug x Horrid Henry backpack is available in red and blue.

The launch is being supported by a promotional and social media campaign.

As well as supporting Madlug’s aim to empower care experienced young people by providing them with job training and entrepreneurial opportunities, this initiative aligns with Novel’s wider social impact programme.

Last year saw the release of Horrid Henry and the Groovy Grandma, a conversation about loss, which was donated to GOSH’s Power of Play Platform.

Alongside inclusivity consultant George O’Shaughnessy, Madlug, and the Foundling Museum, Novel Entertainment is now working on a second film, which will be a conversation about love.

Dave Linton, founder of Madlug, based on the Dobbin Road, said: “There’s over 100,000 children in care in the UK and Ireland and one child enters the care system every 15 minutes, most having their belongings moved in black bin bags or plastic shopping bags.

“This is the first time we’ve collaborated with a company to use their IP to raise funds for the Madlug movement, and we’re delighted to have Novel Entertainment’s support as we give Horrid Henry fans the chance to give dignity to children in care. Because no child should be carrying their life in a bin bag.”

Novel Entertainment’s co-founder and creative director, Lucinda Whiteley, added: “As part of our ongoing efforts to bring Horrid Henry into the area of social impact and make a difference with the brand, it’s a privilege to support and be part of Madlug’s hugely worthwhile mission. Our aim is to continue this collaboration with Madlug in the long-term and to support the enterprise as they make sure every child in care knows they are incredible and feels valued.”