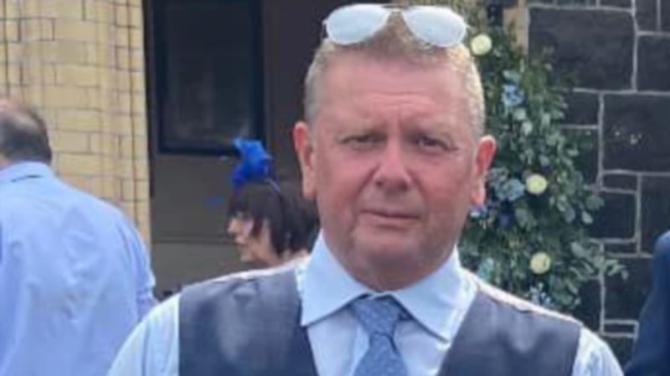 The service will take place in Bessbrook Presbyterian Church at 1.30pm followed by committal in Armagh Road Presbyterian Cemetery.

Mr Hanna, late of Ashleigh Meadows, Rathfriland, weas the dearly loved Father of Rachael, Sophie and Jake, Loving Son of Beth and the late Billy, Dear Brother of Cheryl and Her partner Lester and Uncle to Gary and His Wife Jane.

A death notice stated: “Will be Lovingly Remembered and Sadly missed by the entire Family Circle.”

Mr Hanna, 53, is reported to have died after fainting while swimming in the pool of the four-star Globales Palmanova Hotel in Majorca.

According to reports police and paramedics tried to revive him when they reached the scene and took over from lifeguards, but were unable to save him.

Originally from the Bessbrook area, David and his family had moved to the Rathfriland area a number of years ago.