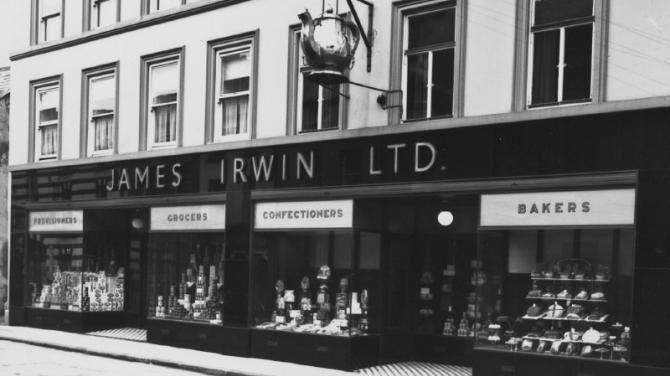 ARMAGH’S famous Golden Teapot is on the move again with another new home having been found.

Over three years after it emerged the local landmark was to be erected at Russell Street and there has been a change of plan.

And now having been restored, the intended location to display it is outside the Charlemont Arms Hotel.

An application has been put before Armagh City, Banbridge and Craigavon Borough Council seeking permission to proceed.

According to the papers, the intention is for the “erection of a restored teapot on the front elevation” of the Upper English Street hotel, which first operated as a hostelry in the mid-1700s.

But to be more specific, the teapot would actually go up outside Turner’s Bar, which was opened by the Forster family, owners of the Charlemont, in the 1990s. Both are connected internally.

The proposals have been put forward, not by the owners, but by the Armagh City Townscape Heritage, a partnership made up of eight voting directors - five of them councillors and including two from City Centre Management - as well as three advisors - two from the Department of Communities and the council’s own Conservation Officer - as well as a five-strong staff, all employed by ABC Council.

And they come despite previous calls to have it displayed at Scotch Street or a more central location.

A number of people had contacted the Ulster Gazette when news first emerged in March 2019 of proposals to erect the restored Golden Teapot at 10 Russell Street, Armagh, which was then Wright’s Interiors and Coffee Shop.

The decision by owner Roberta Wright to depart Russell Street and relocate inside TG Hawthorne’s Scotch Street store has left those plans - subsequently approved a year later - up in the air.

Now, however, a fresh application has been made to have the teapot - which has undergone specialist gold leaf gilding to restore its dazzling hue - put back on public show.

The Golden Teapot was originated by James Irwin, in 1870, and he used it to attract customers to his family grocery store and café on Scotch Street.

It remained there for over a century until it was unfortunately damaged by an articulated-lorry in the 1990s.

In its dismantled form, it was donated to Armagh County Museum 20 years ago and has been carefully preserved in the museum’s climate controlled stores.

Guided by a skilled conservator, works have now been completed and the teapot is once more ready to shine!

When planners originally gave the thumbs up for it to be bolted to the first floor at Russell Street, they had said it would be a “unique addition to the streetscape”.

The applicant, Townscape Heritage, is in place to oversee works to approximately 26 properties within Upper English Street, Scotch Street and Barrack Street, with projects ongoing.

It is a National Lottery-funded regeneration programme.

In all, £6.3m in funding has been secured for the Armagh City Townscape Scheme which consists of £2 million from ABC Council, £1.92 million from the National Lottery Heritage Fund and the remainder from private property owners.

The Ulster Gazette contacted ABC Council to ask how the decision to place the Golden Teapot in Upper English Street was made and, indeed, if any consideration had been given to relocating to Scotch Street.

We also asked if there is any indication of a timeframe for the special historic teapot to reappear.

A spokesperson responded thus: “Restoration works on the Golden Teapot have been completed following significant repairs and specialised gold-leaf gilding. Armagh County Museum, keeper of the teapot, have been instrumental in its restoration and continued care over many years.

“A suitable location was agreed by the Townscape Heritage Partnership, following recommendations by an independent feasibility study, carried out by the Historic Environment Division to ensure the iconic piece of Armagh’s treasure is protected and preserved for future generations.”