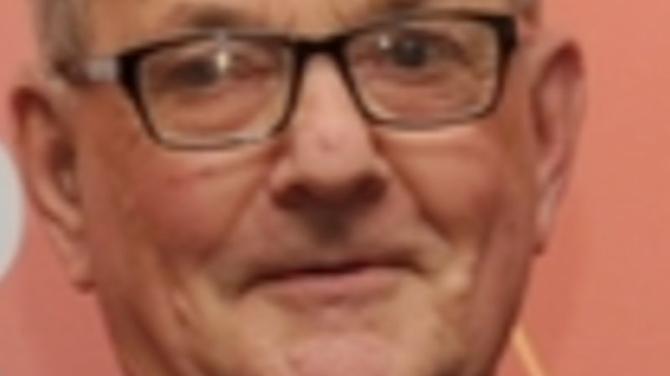 THE Poyntzpass community has been rocked by the death of one of its most prominent figures.

He was a well known figure in GAA circles and his club Redmond O’Hanlon GAC paid a glowing tribute, describing him as a ‘legendary leader’.

He was the club president, having previously held a number of other important roles with the club.

The former Irish Army soldier was described as ‘a GAA trailblazer’ and was directly involved with Ulster GAA and Croke Park.

Paying tribute Raymond O’Hanlon GAC stated: “It is with a heavy heart that the club announces the passing of our legendary leader and Club President. Raymond (Raymie) Mc Sherry.

“We pass on our sympathies to his wife of almost 62 years, Bridget, their anniversary is on the 16th August, and Raymie actually passed on Bridget’s birthday.

“Raymie met Bridget at the 1956 All Ireland final.

“Being a Galway Hurling fan, Bridget was only at the Gaelic match to watch the swashbuckling Mattie McDonagh, it seems most of the female Galway support was there for the same reason!

“Raymie was at the game in his Irish Army Uniform, (he spent five years from 1956 in the Irish Army with fellow Pass men, John Magennis agus John Mc Kee.)

“Neither Raymie or Bridget could get tickets for the game, so they went for a wee dander, and the rest is history...

“We also extend our sympathy to his children, Patricia, Sean, Kevin, Ciaran, Margaret agus Eamon, and the wider family circle.

“Raymie was a GAA trailblazer, and was instrumental in getting our club reformed in 1977, after some years in the wilderness.

“Raymie held many roles in our club, from President/Teasurer/Secretary/ chief grounds man, among many other roles.

“In the 80s and 90 Raymie would have been rounding up the kids around the Pass to go and play underage games, there could have been eight or 10 kids packed into his car, as they made their way through the country roads to places like Clady, Dorsey & Derrynoose.

“Raymie was also the South Armagh Treasurer/Secretary for many years and indeed was involved directly with both the Ulster Council and Croke Park.

“In more recent years Raymie was involved heavily in stewarding our games, and could be found at the Athletic Grounds, or Croke Park on any given Sunday.

“Raymie would regularly jump on a bus to Dublin to do Steward at a game, and then another bus home afterwards.

“Raymie recently received a lifetime achievement award from Croke Park for his services to the GAA.

“His dedication to his Club, County & the GAA family, and of course his own family are testament to the man he was, and his presence will be sadly missed by the GAA family across Ireland.

“One of his last appearances at the club was the Rory Best Appreciation Day, he was very proud of the outreach work being down by the club, and indeed the whole Poyntzpass Community.

“Raymie’s passing will be keenly felt by all our club members and the Poyntzpass Community.

“The lens on Raymie’s ever present camera may be shut now, but he has given us a lifetime of memories and service that few could dream to equal.

“Without Raymie, there is no doubt, we would not have the club we have today. That is part of his wonderful legacy.”

A family death notice stated that Mr McSherry had peacefully at his home on August 2.

He was the beloved husband of Brigid and much loved father of Patricia, Sean, Kevin, Ciaran, Margaret and Eamon.

His remains will be reposing at his home at Church Street, Poyntzpass.