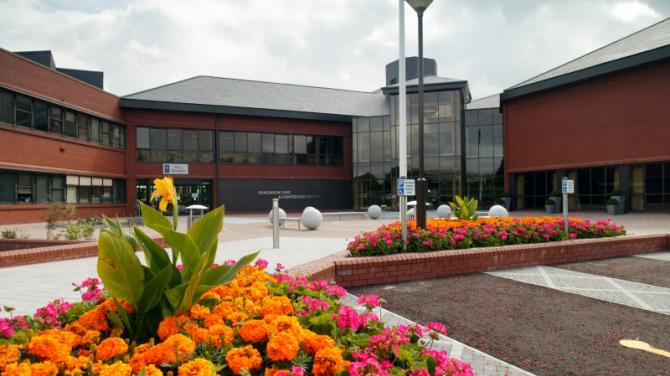 A THREATENED strike by Council workers has been called off after what was described as ‘last ditch’ talks between the unions, councillors and local MLA Doug Beattie.

The strikes in the ABC council are on hold for new intense talks on pay to begin, trade union GMB said today (Friday).

The fresh talks will be facilitated by the LRA (Labour Relations Agency).

Strike action was due to begin on Wednesday, August 10.

“We are hopeful that these new talks will lead to meaningful shifts from management. As such, we have paused our strike action.

“I’d like to thank the local councillors and MLA for their supportive work on this.”

A spokesperson for the counci, speaking before today’s announcementl said, “Over the past number of months management and trade unions have been engaging with the aim of progressing a number of matters that are important to everyone, these include moving forward with the filling of structures and the assimilation process and taking steps to assist in addressing the cost of living challenges currently facing our staff and the people, communities and businesses we serve in the Borough.

“Mindful of the significant financial impact of the national pay award on the Council, yet still wishing to address the immediate cost of living pressures being faced by staff, the council offered two £600 payments, the first to be made in September 2022, with the second payment to be made in December 2022/January 2023.

“This £1,200 offer was to all full and part time employees in council (pro rata), a one-off payment from council reserves of over £2million, designed to meet current financial challenges for staff whilst minimising additional burden on the rate payer.

“When taken together with the national pay award this would have meant over £3,000 in additional payments to each member of staff this year. In percentage terms this would represent an in year 17% improvement for a scale 1 employee and a 12.4% betterment for a scale 5 employee.

“Unfortunately this offer has been rejected by Joint Trade Unions, however Council will reconvene discussions early next week.”

In May the council and unions has announced that any further planned strike action in Armagh, Banbridge and Craigavon has been suspended during the previous dispute.

The Joint Trade Union Side (GMB, NIPSA and Unite the Union) had asked that a range of issues around employment conditions, which are locally negotiable, be placed on the agenda of the Joint Consultative Negotiation Forum for discussion going forward.

It was agreed these matters would now be dealt with through the pre-existing, established Joint Consultative Negotiation Forums and both Council Management and the Joint Trade Union Side agreed to consider the matters efficiently; accepting that any recommendations will have to be agreed through the Council’s formal committee structures. Management reserves the right to raise its own proposals on linked or other matters on the Forum’s agenda going forward. The local bargaining is not a renegotiation of the 1.75% increase on the NJC Spinal Column Points set by the NJC for 2021-22.bn

At that time it was stated, “The Council is cognisant of the prevailing cost of living pressures for both employees and ratepayers and in this context will continue to work in partnership with unions to negotiate measures that are affordable and fair to both. “