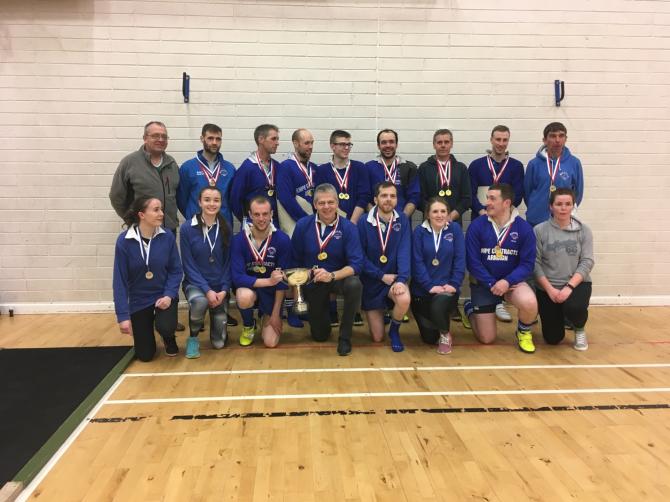 Richhill Tug of War Club will be heading to Enniskillen this weekend to compete in the British & Irish Championships.

Having won the NI 600kilo championship this season, Richhill earned the right to represent Northern Ireland at this weight.

The Orchard County boys have put in a lot of hard work over the last six weeks in their training shed, just on the edge of Armagh.

It has been a few years now since Richhill have picked up a medal at a major championship but coach Sam Rountree is confident that the lads will put in a very good performance and stand a realistic chance of picking up a medal, in what is seen as the most competitive weight category of the weekend.

When interviewed he stated: “It has been a long hard season that is now coming to its climax and at this end of the season you begin to see who is up to the task.

“As a club, we have prepared thoroughly and over the last few weeks we have managed the squad well. Having picked up gold in both our light weight championships, I believe we are peaking just at the right time.

“Like any team sport, it’s on the day, you need every man to be at 100% of their game and for the rope to “Gel” so that you get the maximum power on the mat”.

The club is being wished all the best this weekend.

Having recruited Ruth and Rachel Donaldson, along with Margret Spence and Cathy White, Richhill stand a very good chance of bringing back a brace of medals. The first pulling commences with the 600 kilo weight category at 9.30am in the Lakeland forum in Enniskillen this Saturday.