All eyes on local winners at point-to-point races 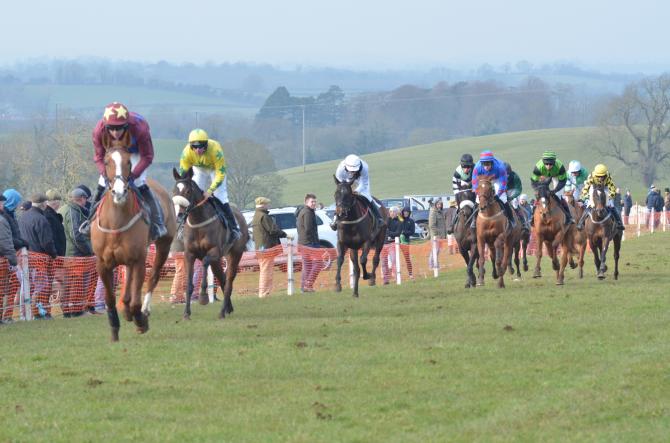 Drumconnor Girl and Jockey DG Lavery out in front down the straight on Saturday during the third race ‘The Gillespie Plate.’ KT180963

THE annual Point-to-Point races at Farmacaffley produced winning trainers and jockeys from the local area.

The event – which was attended by over 1000 people – saw a great day with very competitive racing.
Top national hunt and leading UK jockey Brian Hughes was in attendance wth the Newtownhamilton man a former regular of the annual races.

Daire McConville from outside Portadown rode three winners, with Killylea man Marshall Watson training two winners.
The feature event was the Armagh Construction Limited open light weight. Jerry Cosgrave was elated with the victory of Clondaw Frisby in the race as the gelding returned to the winners enclosure following a gruelling success from Vinnie Luck and the well supported mare Milan Dancer. Ridden by Mark O'Hare, the winner will now contest the Hunter Chase at Down Royal on St. Patrick's Day.

In the penultimate race, the judge was called upon again to split the odds on favourite Thunderosa and Celtic Thunder with the latter getting the verdict by a head, providing local handler Marshall Watson and Daire McConville with a double on the day.
There was no stopping McConville in the final race as he rode his own Longtymegone to success – his third of the day – with Cosmic Flight second.