Even O'Hanlon can't beat the snow! 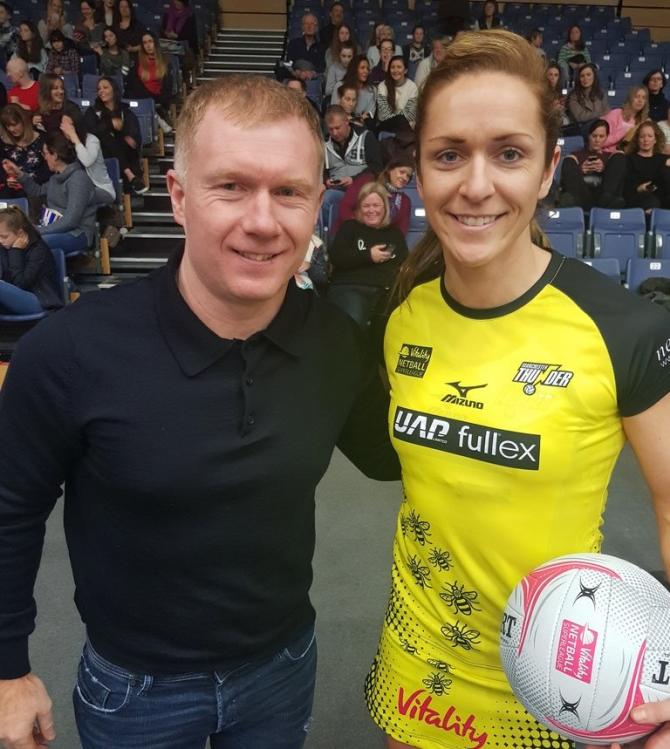 EVEN indoor netball fell foul of the snow at the weekend as Armagh gaelic duo Caroline O’Hanlon and Dearbhla Coleman both had their sporting plans scuppered by the wintry weather.

Teenage ace Coleman had been due to miss the first Armagh Minors match of the new season while captaining Northern Ireland Under 17s in their European Championships campaign at Gormanstown Sports Centre in County Meath from Friday to Sunday.

But Netball Europe had to cancel the tournament when it became clear air travel would be disrupted and the Armagh Minors fixture against Fermanagh was wiped out too.

It had originally looked like another whirlwind weekend for O’Hanlon who was scheduled to play a British SuperLeague game for Manchester Thunder against Celtic Dragons at teatime on Saturday before a dash to Miltown Mowbray for Armagh’s NFL clash with Clare.

Getting from Manchester to Ireland’s west coast near the Cliffs of Moher for a noon start the next day would have been a real logistical challenge at the best of times but in the end neither fixture survived.

Armagh’s match was inevitably called off on Thursday like every NFL fixture in Ireland and Thunder had to pull the plug on Friday morning when informed that the Dragons didn’t feel they could travel safely from Wales.

The postponement saved O’Hanlon attempting a potentially difficult trip to Manchester herself but thwarted Thunder’s hopes of maintaining momentum with a fifth win from five matches this season.

O’Hanlon had enjoyed a wonderful week before the weather intervened, savouring victories over both her former SuperLeague sides for Thunder in between Armagh hitting an aggregate 13-34 in National League wins on successive Sundays.

In spite of playing the entire hour for Armagh in Sligo the day before, O’Hanlon had a successful first competitive home match for Thunder in front of the Sky Sports cameras, winning her personal battle in the middle of the court with former England skipper Sara Bayman in the live Monday night match.

Like fellow 33-year-old O’Hanlon, Bayman, a former Thunder captain, was playing against her old team but was substituted as the Manchester Team launched their new Belle Vue venue with an impressive 60-43 victory over Scottish Sirens.

It was closer than expected back at the Manchester side’s traditional home, the Thunderdome, on the Friday night, when Northumbria battled bravely before falling to a 53-46 defeat with O’Hanlon again lining out at centre.

After her exertions over the previous eight days, Northern Ireland captain O’Hanlon didn’t feature last Monday night as Thunder edged a thriller at Loughborough Lightning 56-55 but had hoped to be back in the starting side against the Dragons at the weekend.

Having started their campaign with a narrow win at Severn Stars in Worcester, Thunder were one of three teams with a 100 percent record after four rounds of fixtures, though third in the table behind Wasps Netball and Team Bath on points difference.

With Bath’s scheduled visit from the Sirens last Friday night called off due to the weather and Thunder not playing the following evening, Wasps took the chance to go clear at the top win with a 46-36 away win over Loughborough.

Manchester Thunder are away to Bath this Friday night in what will be their toughest test of the campaign so far as the respective 2014 and 2103 champions put their unblemished records this season on the line.