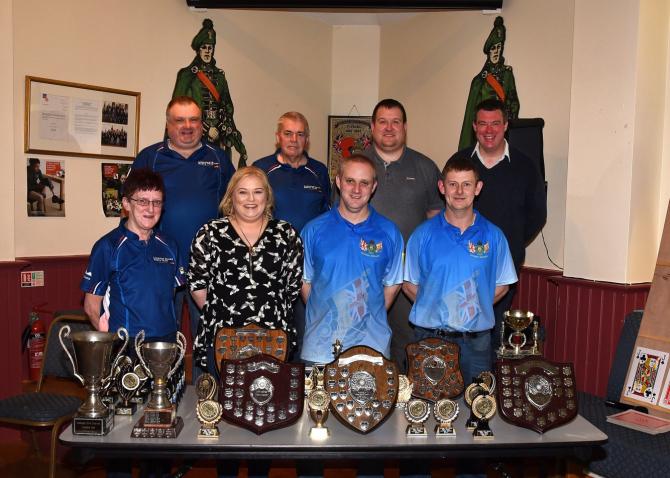 City Centre Darts League prize winners were presented with their awards at the Armagh Legion.

League Chairman Spencer Hutchinson thanked all the players and teams for taking part during the season with special thanks going to Keith Hutton and Jeff Hendren for all their help during the season and also to the Ulster Gazette for the space in the newspaper each week.

The League are in the process of organising the purchase of a Heart Defibrillator Machine which will be a great benefit to the local area.

The standard of play in the league has been getting better and better over the last few seasons with the Lakeview Blues still the team to beat as they retained the league title for the fourth season in a row.

The Loughgall FC based team also won the 7-a-side Knock-Out Cup and the Legion 5-a-sides.
Credit must also go to the Legion Hitmen and Geordies Bar for pushing Lakeview all the way to the end during the season.

The league committee would also like to thank Armagh Legion for the excellent food served on the night Albert Nicholl for taking pictures and they hope to see all the players and teams back for the new season in early October.