O'Hanlon to roll again with Thunder 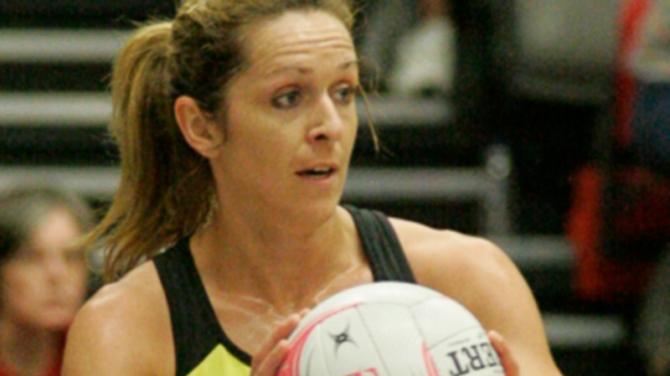 NORTHERN Ireland captain Caroline O’Hanlon has set her sights on netting British SuperLeague glory after signing up for a second season with ambitious Manchester Thunder.

The world-class centre appeared in the competition’s play-offs for the first time this year after last winter’s switch from Scottish Sirens, but Thunder’s hopes of a place in the showpiece were dashed as Loughborough Lightning ended their run of eight consecutive victories in the semis.In a repeat of the 2017 final, Wasps Netball retained their crown by beating Lightning on the exact same 55-51 scoreline as the previous season but O’Hanlon is confident that 2014 champions Thunder can challenge the top two next term.

Starting 18 out of their 19 games last season, O’Hanlon established herself as a pivotal player for the Manchester side and became a firm favourite with the Thunderdome faithful during her first campaign in the yellow and black dress.

O’Hanlon hails the Thunder fans, who have warmly welcomed news that she has extended her contract, as the best in SuperLeague and the 34-year-old admits remaining with Thunder was a straightforward decision.

“It was easy enough for we did pretty well last season, losing just three league games and beating every other team at least once, and we came close enough that there’s a real sense of unfinished business for we ended up disappointed.

“I also got great support personally from the club and the fans so I’m delighted to be back,” enthused O’Hanlon, while Thunder Managing Director Debbie Hallas is evidently pleased to have retained the multi-talented Bessbrook sportswoman’s services.

“Having someone with Caroline’s experience back on board for the 2019 season is very important. She trains hard, is a key member of the team and her desire to win the SuperLeague in the back and yellow dress is great to see,” said Hallas.

“Our focus for the coming season is definitely on going at least one step further by reaching the final and I think Thunder are very realistic title contenders because the squad has been strengthened in all areas of the court,” insists Caroline.

“With SuperLeague starting earlier than usual right at the beginning of January, it’s very positive that the franchise has moved quickly to get players signed up, both those staying on and also some fresh faces coming in.

“There’s usually a lot of player movement in SuperLeague but we’ve quite a settled squad under (head coach) Karen Greig and doing deals early removes uncertainty and lets us focus from the outset of what will be a very important pre-season period.”

Likewise the veteran ex-England defensive duo of Emma Dovey, confirmed as skipper for a third season, and last year’s vice-captain Kerry Almond will face increased competition for places in the back circle.Rebekah Airey, who like Cardwell has been capped by England at senior level, has joined from Loughborough Lightning with one of last season’s Thunder shooters, Amy Clinton, moving in the opposite direction.Clinton has been in Belfast in recent days playing for England in the Under 21 European Championships as has Amy Carter who was part of an effective first choice mid-court trio for Thunder last season with O’Hanlon and former New Zealand international Liana Leota.

O’Hanlon and Carter remain on board but it has yet to be announced whether veteran wing attack Leota will be back for Thunder in 2019 and indeed who will fill the remaining places on Greig’s roster.Before then two top Kiwis, Anna Thompson and Te Huinga Reo Selby-Rickit will guest as short-term signings for Thunder in this Saturday’s Fast5 All Stars tournament at London Olympics venue, the Copper Box, which will be televised live on Sky Sports.In last year’s inaugural event, the brainchild of Barry Hearn and Matchroom Sports as netball’s answer to cricket’s T20 tournaments, at London’s O2 Arena, O’Hanlon actually lined out for her original SuperLeague side, Team Northumbria.Having spent two seasons on Tyneside from 2014, O’Hanlon is disappointed Northumbria have dropped out of SuperLeague ahead of the new season when their place will be taken by new franchise, London Pulse.

“I don’t know the ins and outs of what has happened with Northumbria but hopefully there’ll be another franchise up north in the next few years. Meantime the arrival of a new entity will freshen things up and there’s a big potential audience in London for Pulse to tap into.”

Northern Ireland’s star shooter Lisa Bowman was with Northumbria last season and, with the girls in green set to compete in next July’s Netball World Cup in Liverpool, O’Hanlon hopes some of her national team colleagues can secure 2019 SuperLeague contracts.

“Playing those high intensity games in SuperLeague every week has definitely been beneficial for me ahead of big international tournaments like the last two Commonwealth Games so, with squads still to be finalised, hopefully we’ll have a few more involved this coming season.”

Unlike last year when SuperLeague began in the second half of February, took a five-week break for the Commonwealths and didn’t finish until early July, this season’s competition runs right through from January 5 until the start of May.“It’ll be an intense schedule with 18 rounds of fixtures in less than four months,” says O’Hanlon who will also be captaining Larkfield for an 11th successive season in the NI Premier League, when available, and training with the Northern Ireland squad ahead of the World Cup.

Up until now she has successfully combined her British SuperLeague netball and Armagh gaelic commitments so the hope will be that O’Hanlon lines out in the orange jersey in next spring’s NFL Division Two campaign though she has yet to confirm it is her intention to do so.After four NI Premier League titles in a row, Larkfield lost out to Belfast Ladies last season with the absence of long-serving skipper O’Hanlon and Bowman proving very costly in a couple of big games, though they did retain the NI Senior Cup.

“We started last week with a good win against Kingsway, who are emerging as a strong team with a good few full internationals and NI Under 21 players, so that was encouraging though the clash of fixtures with SuperLeague made it difficult for us in the second half of last season.”

Although her gaelic club Carrickcruppen’s Ulster Senior Championship campaign proved brief following their county title triumph, it will still be a busy sporting autumn for O’Hanlon with the Fast5 All Stars netball this Saturday, Friday fixtures every week with Larkfield and doing pre-season with Thunder.She will also be a key figure in Ulster’s bid for a magnificent seventh ladies gaelic interpro title on the trot when the tournament takes place on November 24 instead of its usual May date when O’Hanlon would have been unavailable due to a direct clash with a Thunder game.