Armagh secure victory with win over Cregagh side 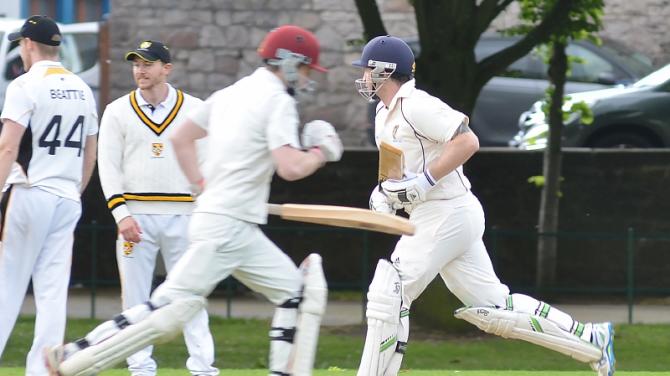 ARMAGH entertained Cregagh in what was a rearranged fixture after the poor weather which closed in at the start of the season.

After winning the toss, Armagh batted in what proved to be difficult throughout the whole innings.

Cregagh were excellent with the ball and bowled in great areas and did not allow for many extras throughout Armagh’s innings.

Armagh started off reasonably well with Steenson and Gelston seeing off the new ball and capitalising on any poor deliveries that came their way.

Armagh lost their first wicket on 33 when Beattie bowled Steenson.

This brought Rohit Karanjkar to the crease. Gelston and Karanjkar knuckled down and in particular the latter scored very fluently with Gelston playing the anchor role.

Karanjkar was bowled by Hassard with a tremendous delivery which pitched on leg and clipped the top of the stump. He played with great style and made 47.

Just one ball before drinks Armagh then lost Gelston for 20. The score was 87 for 3.

Russell and Wilson formed a partnership on a difficult day to score quickly, in particular Wilson playing well. Russell was then bowled by Cooper and Wilson batted reasonably well with the tail and was out for 33.

Armagh scrambled to 169 AO. At the break, the team felt they were just below a good par score, with Beattie finishing with brilliant figures of 5 for 33 off his 10 overs.

Cregagh came out to bat and got off to a decent start against the opening pair of Mackey and Wilson. However, Cooper was caught in the covers by a good catch from Russell with the score at 27.

Mackey supported Wilson who took another two wickets in Moore and Johnston and propelled Armagh back into the game with Cregagh 33 for 3.

Then Wilson took a fourth when Marshall took a superb one handed catch at square leg.

After the openers, Karanjkar and Gelston were introduced and bowled very tightly.

Karanjkar struck first bowling skipper Aaron Johnston and then taking a further two wickets and a special mention to Lester for a wonder catch at mid off!

Gelston at the other end took a couple of well deserved wickets and the two paired together, making scoring very difficult throughout.

Doyle was then introduced and he took the final wicket of Hassard to seal the victory and a final winning margin of 46 runs.

Armagh were very pleased to get a victory over a good Cregagh side who in particular were excellent in the field and with the ball.

Armagh are being hosted by CSNI in the Ulster Senior Cup next weekend in what will be an extremely tough game with CSNI’s extra investment over the winter but they will be up for the challenge.