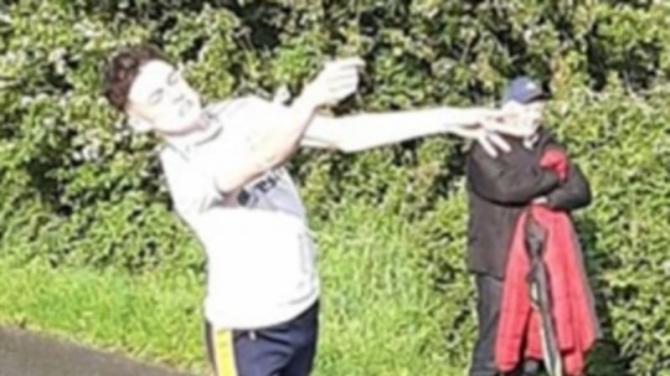 KEVIN Cullen upset the odds, beating one of the favourites Paddy O'Neill on the last shot.

O'Neill got off to the better start and was the guts of a shot up coming out of McKennas corner. But Cullen stayed with him and fought back to level at McGrath’s corner.

Cullen forged a good lead coming out of McNallys corner and went on to comfortably beat O'Neills last shot.

Damien McVeigh and Enda O'Leary also had a tight encounter in the other Novice 2 score. They were both dead level at Mary Alice's but when McVeigh failed to get McKennas corner in another three shots O'Leary found himself a shot up and threw three powerful last shots to win the score by a shot.

Well done to Gene McVeigh representing Ireland at U18 in Germany, performing very well and collecting a few medals. Gene has also won all of his championship scores so far and is in the U18 semis and U16 quarter finals. Also well done to Denise Galvin, Dylan Connolly and Odhran Connolly, another three Eglish throwers progressing to the quarter final stages in the championship.

Scores will only be postponed in exceptional circumstances with 24 hours minimum notice. Any issues contact Fintan on 07483852584.

The tri-club youth blitz between Eglish, Tullysaran and Portmor has seen numbers increase every week as more young children are coming out to throw for the first time.

As a result the organisers have decided to continue running another round of the blitz at each club.

This week the blitz will be hosted by the Eglish club, followed by Portmor and then in Tullysaran on Friday night's at 7pm.

11am Ethan Rafferty vs Jamsie Oliver

Please note these scores must be played due to time scale.

Niall Stevenson booked his place in the next round of the U14 championship when he saw off the challenge of Mathew Killan.

Both lads started very well with long bowls for the first half of the score. They were level all the way to the pipe corner,

Stevenson took command of the score from here after struggling to find his form at Batters.

Killan misplayed his shot into Sam’s Corner, leaving him odds of a bowl out.

Down the straight to the cap bowl, Niall increased his lead to two bowls off odds. From there on there was no way back for Mathew. Well done Niall.

All scores must come off, no excuses

Odhran Connolly beat Lorcan Kearney by over a bowl off odds. Dylan Connolly missed nothing on the day and went on to beat a gallant opponent in Sean Lappin.

Joe Shortt met Paul Grimley (Madden) in the second round of the men’s veterans.

This score was certainly a toss of a coin on who would have the upper hand.

Both men were level after four shots a piece, again nothing seperated the pair at McKees and heading towards the Lonsome it was here that Shortt was to rise a bowl off odds after Paul misplayed.

Shortt extended his lead round the Diamond but as we all know a score is never over at this point. Grimley knocked the bowl at the white sign corner but was a shade unlucky with his next shot.

Last year’s All Ireland champion, Shortt made no Mistake and went on to win by almost a shot. Hard luck Paul and well done Joe.

Darragh Gribben Beat Jake Cullan by a bowl off odds.

Men’s veteran's next round

11am - Kevin McQuade vs Malachy Lappin

11am - Pete Carr vs Kevin or Malachy

Adrian O’Reily beat Patrick Hughes in a hard fought game and score of the tournament so far.

O’Reilly started strong opening the first corner, putting him a shot up, but a well play second from Hughes and a misplayed second from O’Reilly left the score level after three.

The two men threw big shots from Kenny’s bridge to leave themselves heading into the quarry after another five shots each.

O’Reilly delivered a miler and Hughes, getting a hard rub, had a lot to do up the hill where O’Reilly never missed and took his place in the quarter final against Niall Mullan.

Message to all clubs

It is hoped to launch a girls U12 Ulster Championship within the next two weeks.

Can names and ages be put forward to Niall Smith via Facebook or through your local club as soon as possible.