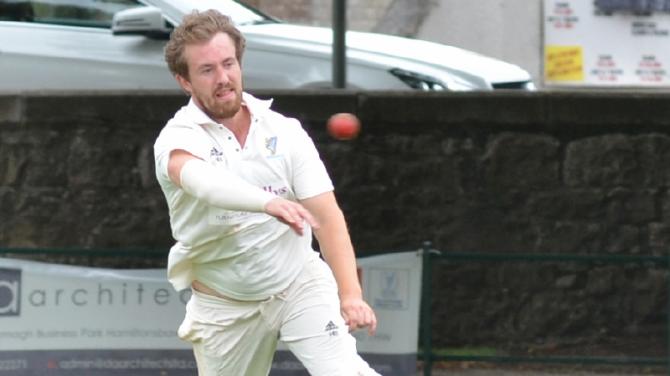 IN a weekend which saw England’s cricketers clinch the World Cup, Armagh’s timely four-wicket victory over struggling Downpatrick brought saw the locals avoid what would have been a hugely damaging hat-trick of Robinsons Service League Section 1 defeats.

Having lost a July 2-3 two-nighter against high-flying Donacloney Mill at The Mall, followed a six-wicket mauling by Cregagh in East Belfast three days later, they had lost considerable ground. Saturday’s win was vital, then.

Armagh bowled first and had an instant breakthrough when Graham edged Harry Doyle through into the gloves of Gareth McCarter.

Downpatrick’s pro had been struggling for form before scoring 70 the previous week, but he came out second best as Armagh’s overseas player Karanjkar removed him lbw with his first delivery. He ended up taking three wickets in a very good spell.

Downpatrick captain Smyth’s impressive half-century knock ended when he became Doyle’s second victim, with Harry Boyd holding a fine catch, and Mullan exited without scoring when he edged behind off Ben Mackey’s bowling. Sam Wilson and Neil Gelston took the wickets which finally saw Downpatrick dismissed for a not daunting 127.

Gelston and Doyle began the reply comfortably before the latter was given a dubious lbw decision, whereupon Karanjkar made his way to the middle. When Gelston was caught at slip via a deflection bringing, captain Steenson joined Karanjkar.

They looked solid before the overseas player was dismissed by a remarkable catch, and when his replacement Colin Russell was bowled, Armagh were wobbling.

Enter Harry Boyd. He played cleverly and even when he lost his captain for a well played 23, Boyd and Wilson closed in on the target.

With just single figures needed, Boyd fell to another debatable lbw decision. It didn’t matter, for Wilson smashed a full toss no ball to the boundary to clinch an important win.

That success, in tandem with results elsewhere, means Armagh now are one of four clubs currently sharing 20 points, each of their records being played nine, won five, lost four.

While Derriaghy, Cregagh, Armagh and Templepatrick are locked together on 20 points, they occupy the third, fourth, fifth and sixth rungs of the Section 1 ladder by virtue of their net run rates.

Next up for Armagh is a trip to the Seapark Oval home of Holywood this Saturday. Simultaneously Derriaghy go to Downpatrick while Cregagh entertain Ballymena, with form suggesting the visitors and hosts should take the honours in those respective meetings.

Armagh really could do with taking the points at Holywood, as they will be on duty at the Belfast home of league leaders, Woodvale, just 24 hours later.