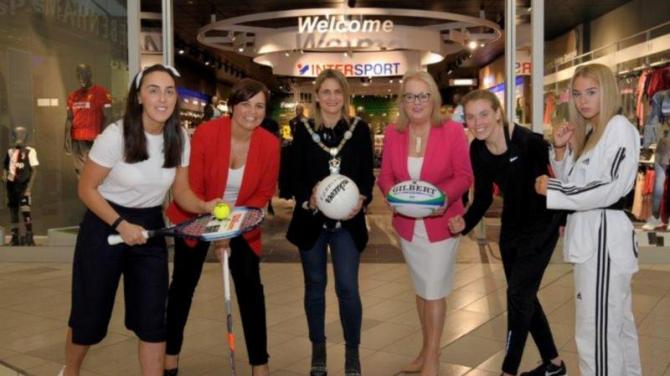 THE nominees have been shortlisted for the prestigious Armagh, Banbridge and Craigavon Junior Sports Awards.

The big night takes place on Friday, September 27 in Craigavon Civic and Conference Centre at 7pm.

Lord Mayor, Councillor Mealla Campbell, said “I am delighted to announce the shortlisted nominees for this year’s Junior Sports Awards.

“It is fantastic to see the high standard of young athletes from within our Borough and I am looking forward to a night of celebrating their sporting achievements.”

Padraic McKeever, Managing Director of McKeever Sports Intersport added, “We are once again delighted to be Headline Sponsor for these prestigious awards.

“I know the selectors had a difficult task given the very high standard of sporting achievements and would like to congratulate all those nominees who have made the shortlist.

“We are looking forward to the awards evening and getting to meet all our local sports stars of the future.”

For further information on the Junior Sports Awards, contact the Sports Development Unit on 028 3831 1692.