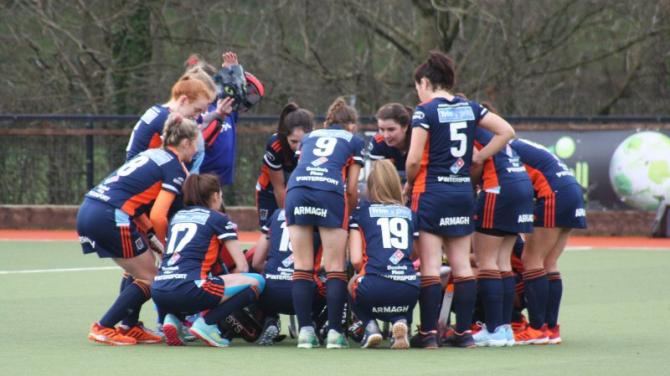 THERE was heartbreak for Armagh Ladies in the final of the Ulster Senior Cup on Saturday.

The previously unbeaten locals succumbed to a 2-0 defeat at Stormont as the Londonderry side, who were only promoted to Senior One three years ago, produced what was described as a “masterclass of counter-attacking hockey” in one report to lift the trophy.

Two goals by Emma Allen were enough to put Armagh to the sword.

Her opener came after 24 minutes an Armagh set piece had been cleared at the other end. She latched onto a long ball from Jill Kennedy and finished clinically.

Her second was a superb effort with seven minutes to go, firing into the corner of the net after a run down the left wing.

Armagh will take consolation from the fact that they are sitting pretty at the top of the league table as they continue their push for promotion to the Ulster Premier League.

“It just wasn't to be our day,” said Armagh vice-captain Gemma Frazer

“We had a lot of corners and a lot of possession but just couldn't convert our chances and that's what it comes down to in finals.

“We will take this into training and try and get better and while we'd like to have won both, if it was to be the Cup or the league, I'd prefer the league.”