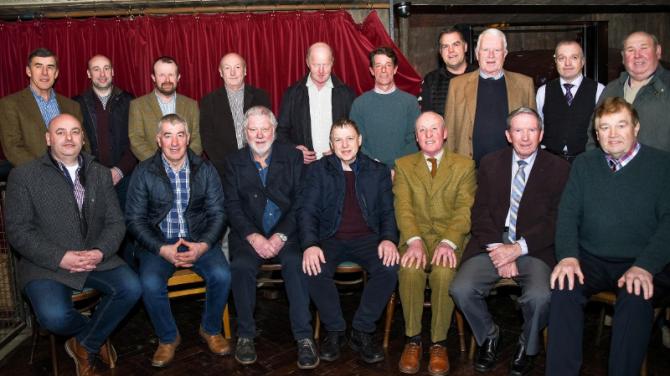 THE annual Tynan and Armagh Point-to-Point race meeting will take place this Saturday (February 23) at Farmacaffley.

It’s a six-race card with the first of those races starting at 1pm.

Racing has been staged at the venue for well over a century, with the generosity of Leeman family in granting permission central to its continuation on what, undoubtedly, is one of Ireland’s finest point-to-point tracks.

The afternoon gets under way with the hunt race sponsored by the Mullan family. The fact that it is restricted to horses registered to the local hunt, adds a little extra spice as bragging rights are at stake.

Last year saw Longtymegone - owned trained and ridden by Daire McConville - beat the Marshal Watson-trained Our Bonus by a head. The winner was sold after the race and went on to win again a month later at Kelso having been trained by Stuart Coltherd.

Always hotly contested, the past few years have seen this race has produced some wonderful horses. Many of them have gone on to win on the track in Ireland and England for trainers of the calibre of Gordon Elliott, Nigel Twiston Davies, Jamie Snowdon and Paul Nicholls.

The other races are the Leeman Chase (sponsored by Armagh Construction Ltd) for open lightweights, the Ballyards Cup (sponsored by WHR Accountants) for winners of two and, finally, The Ring Cup (sponsored by Philip White Tyres) for six-year-old and upward geldings maiden.

The track is in excellent condition and with the forecast being for a dry day, that – in tandem with six exciting races – means all of the necessary ingredients are there for a great day out for the whole family.

Parking is free and facilities include bar and food outlets, toilets and bookmakers. Admission is £5.