RICHARD BULLICK: Dr Jo was a trailblazer on the managerial merry-go-round 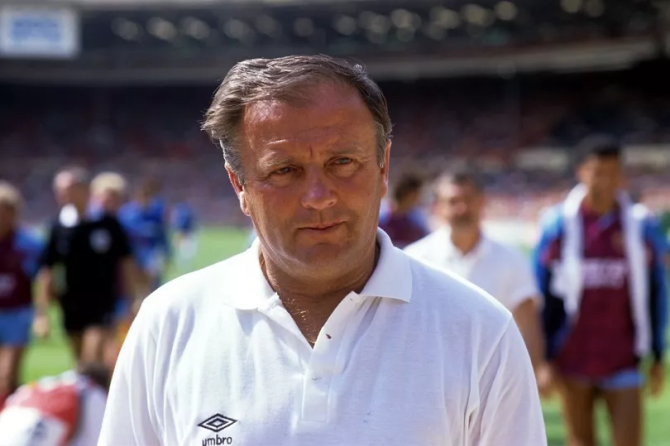 Dr Josef Venglos, who passed away this week.

DR Jozef Venglos is a name most of us probably hadn’t thought about in a long time before his death was announced this week at the age of 84,

That’s unsurprising as he spent just one season as Aston Villa manager three decades ago and had a similar spell in charge of Celtic late last century.

However, Venglos has a special place in history as the first foreign manager in English football when he arrived at Villa Park back in 1990.

In the intervening period, overseas supremos have become the norm, notably Arsene Wenger who held the reigns at Arsenal for 22 years and marmite man Jose Mourinho.

Mourinho is still on the scene at Spurs but much attention nowadays understandably focuses on Liverpool’s Jurgen Klopp and Pep Guardiola at Manchester City.

From that inauspicious start with Venglos 30 years ago, the pendulum has swung so far that there have been very few home-grown managers in the top tier in the modern era.

For a while that even left our own Martin O’Neill being tipped for the England job as an alternative to another foreign gaffer to follow Sven-Goran Eriksson and Fabio Capello.

Compared to big beasts Bobby Robson and Terry Venables before them, the paucity of choices meant names like Sam Allardyce, Alan Curbishley and Alan Pardew being bandied about.

Unlike the colourful Harry Redknapp, Allardyce got his chance but literally talked his way out of it while the man being groomed at one stage, Stuart Pearce, failed to make the step-up.

So too, to all intents and purposes, had Steve McClaren, while earlier Glenn Hoddle’s strange religious views had done for him and Kevin Keegan crashed and burned.

Steve Bruce has had mixed fortunes with a range of clubs, as have other British managers, while even Eddie Howe has experienced the fate of every football boss, the sack.

The impressive Gareth Southgate’s emergence has spared the FA from further embarrassment about their cupboard being bare, while others are coming through.

Some of Manchester United’s ‘Class of ‘92’ who played under Alex Ferguson have dipped their toe in the shark-infested managerial waters with mixed fortunes so far.

England midfielders of the early noughties Frank Lampard and Steven Gerrard have taken on high-profile roles with Chelsea and Rangers respectively in recent times.

For a while, Gerrard’s position looked vulnerable but it is in fact Lampard, who is married to Ulsterwoman Christine Bleakley, who has found himself fired first.

Being a club legend at Stamford Bridge didn’t spare Lampard, whose post-sacking statement was classy and dignified, from the almost inevitable football manager’s fate.

That may give Gerrard food for thought should the opportunity arise to follow the path of Graeme Souness from Rangers boss back to Anfield at some stage in the future.

Souness and Kenny Dalglish were worshipped on the Spion Kop but both ended up getting axed as Liverpool manager, which must have been painful for them.

It has long since been said that there is no loyalty or sentiment in football and that probably applies even more now in the era of foreign owners, notably Roman Abramovich at Chelsea.

After a successful spell at Celtic, Rodgers has done a great job back in England’s top flight with Leicester City but Lurgan man Neil Lennon is currently on the ropes in Glasgow.

Football management is always a gamble as Lawrie Sanchez found when he lasted only a few months at Fulham, for whom he had traded in a Northern Ireland job going so well.

Michael O’Neill took a similar plunge with Stoke after fantastic success at international level and, although things have generally gone well so far, the managerial game is very volatile.