Five locals to the fore as Ulster see off Scots 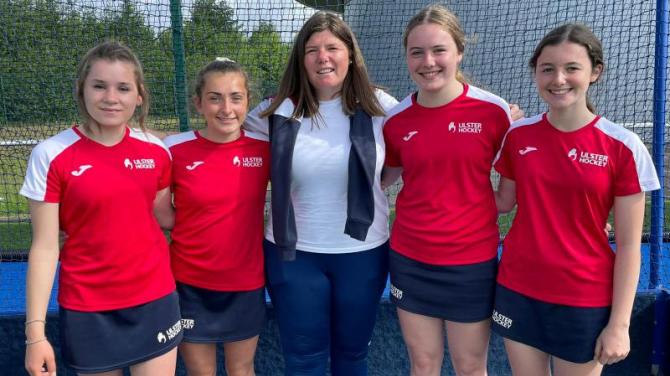 FOUR Armagh girls – all members of the city's hockey club - helped the Ulster Under 16s beat Scotland during the recent three-game series in Glasgow.

For a team representing the province to have beaten the Scots' national side was a major scalp.

And the victory was made even sweeter for Armagh by virtue of the fact that the province's assistant coach was the locals' stalwart, Christine Russell.

Club chairman Niall McCool told the Gazette, “We are enormously proud of Christine and our four Ulster players who competed in a series of demanding games against the Scottish national Under-16 team.

“All four girls contributed considerably to the overall victory and have once again done their club and their families proud.

“This will stand them in good stead for future provincial representation and – hopefully - national selection.”