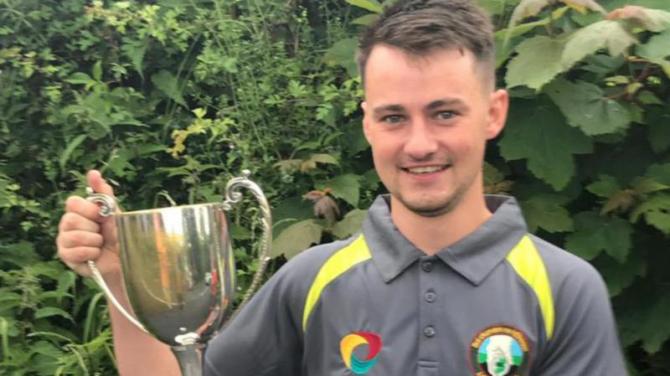 Mark won the opening exchanges and was almost a bowl in front after 6. However Paul staged a massive comeback with a brilliant bowl through the slate quarry bridge, which Mark beat to lead by 30 yards.

Paul took the lead for the first time at Murphy's bungalow when Mark went across the road. All to play for. Mark played a massive bowl from here and incredibly Paul beat the tip by 20 yards. Mark regained the lead again with a great shot across the straight and down the hill. Paul's reply fell yards short.

Paul hit a massive shot with his next to just 40 yards short of the line. Pressure was now on Mark, but the young fella produced a gem, scoring the line to become Ulster Intermediate Champion. Well done to the 2 men for a great score.