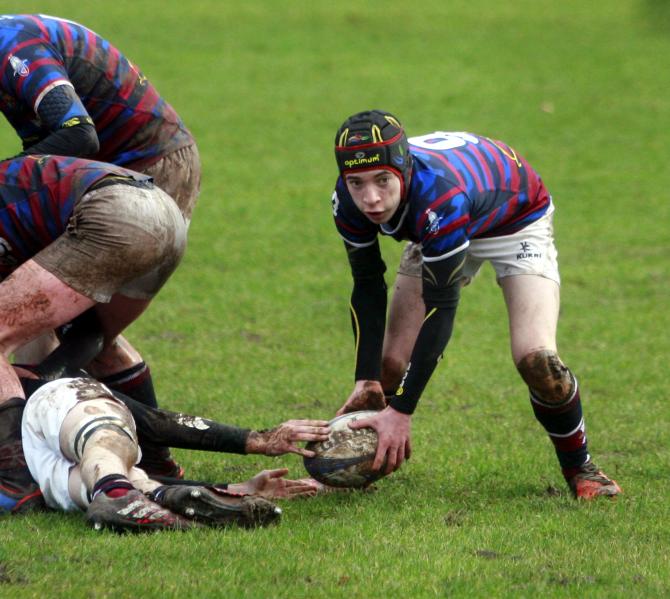 HE Royal School Armagh’s Medallion XV played Dromore High School at home in the Plate quarter final on February 11.
It was a dry morning but a wet and heavy pitch which played a huge part in the sixty minutes of rugby.

So, the first try came from Ross Taylor spotting a lovely gap in the Dromore defence and running half the pitch to touch it down. That really got the brilliant home crowd going.

Soon after that there was a lot of possession for Armagh in the oppositions 22. With multiple phases and close calls from the sideline and the referee, Dromore did very well to scramble and get away without conceding a point.

Next, with sustained pressure from the Armagh defence, Dromore spilt the ball forward and James Allen pounced on the opportunity to kick the ball through and dive on it over the Dromore try line. Last score before half-time, 10-0 to the homeside.

At the start of the second half everyone could see that Dromore came out with some intent to win.

The errors started mounting up on both sides with knock forwards, penalties and the pitch was getting heavier.

Armagh had done well to create an overlap but some smart defence from one of the Dromore forwards got him an interception to run it in under the posts with a missed conversion.

Armagh went long periods in the Dromore half but wasn’t making much of an impression that they were going to score soon.

Yet, off the back of an Armagh ruck on the oppositions 10 metre line, James Allen got a clear call from his winger Ben Scott and he kicked it across field right into Ben’s arms to run it in and he added the extra two points.

After that Dromore had a scrum in their own 22 and with some poor defence they were able to go right up the middle and be tackled on the halfway line.

They recycled the ball quickly from nine to 10 and the Armagh defenders were nowhere to be seen and he had a clear run in to make it a tight contest of 17-10 with five minutes to go.

Armagh let a soft score in and they weren’t going to let another. They pinned Dromore deep into their own half and didn’t let them out.

With some superb defence, Armagh were able to turn the ball over and get a penalty out of it.

They stuck it on the five metre to have a lineout. A clean take in the lineout allowed the forwards to set up a driving maul and gradually they made inches and those inches turned into five points for Armagh.

Armagh had won it, 22-10, a great game and sportsmanship shown from both teams.