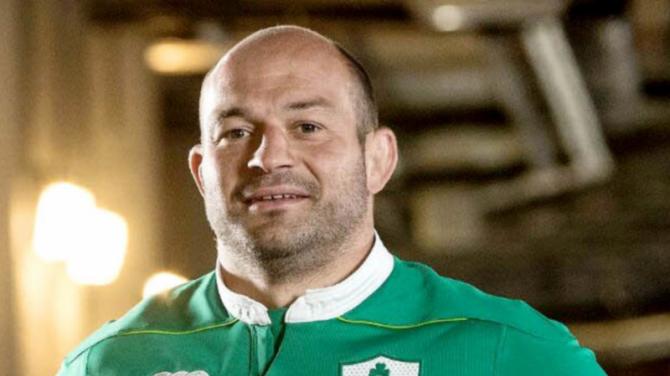 CITY of Armagh Rugby Club will create a piece of history on Saturday when they play in their first ever All Ireland Cup Final. The local club are seeking to win the Bateman Cup, as Ulster representatives in the competition.

The cup final will be played at a neutral venue in Dublin at Templeville Road, home of St Mary’s RFC and Limerick club, Garryowen are Armagh’s opponents. The prestigious final kicks off at 12.30pm and will be televised live on RTE.

The Bateman cup was first played for in the 1921-22 season and was contested by the winners of each of the Provincial Cups in Ireland. The competition has an interesting history in that the trophy was presented to the Irish Rugby Football Union by Dr Godfrey Bateman, a member of a well-known Cork family, in memory of his sons Reginal and Arthur who were killed in the First World War.

The inscription on the cup reads: Presented by Godfrey Bateman to the Irish Rugby Football Union in ever-fresh and loving memory of his darling sons: Major Reginald John Godfrey Bateman, Canadian Infantry, killed in action 3 September, 1918,

Captain Arthur Cyril Bateman, who, on 28 March 1918 gave his life for his wounded Camerons.

The competition was played annually between the four provincial cup winners on the last weekend of the season, with the exception of 1933 and 1934 when a number of the provincial cup campaigns had not been completed on time.

The Bateman Cup semi-finals used to be played as a double header at Lansdowne Road, with the final taking place at the same venue ,the very next day – ‘a real test of stamina’ according to a newspaper article from the 1920s. The tournament was finally terminated at the outbreak of the Second World War owing to restrictions on travel.

Queens University were the last winners from Ulster to win the Bateman Cup back in in 1937, when they defeated UCC 8-0. An All Ireland Cup was resurrected in 2005 and in 2009, Ballynahinch won this competition when they defeated Cork Constitution 17-6.

The Bateman Cup was then resurrected back to its original format in 2011 and Dungannon lost in the final that year to Bruff, 24-18.

The competition has traditionally been dominated by clubs from Division 1A of the All Ireland League. Indeed, Cork Constitution were seeking to win the cup last season for a remarkable six years in a row, however Dublin side, Lansdowne were victorious in last year’s final.

To reach this year’s cup final, City of Armagh defeated Connacht Senior Cup champions, Buccaneers, 29-13 at the Palace Grounds. In the other semi-final, Garryowen had a narrow victory over Leinster champions, Lansdowne, 14-12, at Dooradoyle in Limerick.

City of Armagh, as a Division 1B club will be huge underdogs on the day of the final but coach Willie Faloon stated that there would be no pressure on his side and the squad were really looking forward to Saturday.

“Reaching the Bateman Cup final is the icing on the cake for our club this season, following our promotion up to Division 1B,” said Falloon.

“We were delighted to overcome Buccaneers in the cup semi-final and this final will be a completely new experience for all of our players. Not being tagged as favourites has its advantages and we will give it our best shot on the day”.

Stephen Elliott, Ulster Branch President commented, “As President of the Ulster Branch of the IRFU I would like to congratulate City of Armagh RFC on reaching the final of the Bateman Cup. It is a tremendous achievement by a club playing in Section 1B of the AIL and another reward for the progress this ambitious club has made in recent seasons. I send my best wishes for success next Saturday against Garryowen.”

City of Armagh Club President, Willie Boyd commented, “Reaching the cup final has given everyone in our club a real boost. Last season was the most successful ever in our club and winning Ulster Club of the Year topped it off. It is tremendous that this success has continued and our supporters from across the wide local community are looking forward to attending the final down in Dublin”.

“Congratulations to City of Armagh Rugby Club on reaching the All-Ireland Cup Final and we extend our best wishes to the players, management and entire club. This is a fantastic achievement not only for the club but for sport across our borough and we wish everyone at City of Armagh Rugby Club every success in their preparations in the week ahead.”